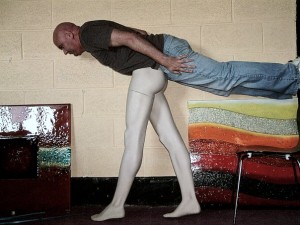 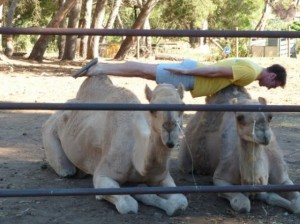 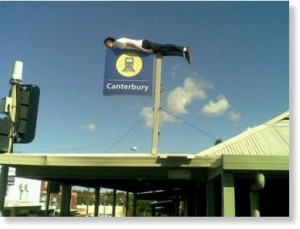 I got an email from my friend Bret Bucklen the other day. I’ve known Bret and his family for years. He wound up majoring in sociology just like I did at the same college. Along the way, I had Bret as a student in a youth culture class. I love how Bret thinks sociologically, theologically, anthropologically, etc. about the world around us.

The other day, Bret sent me an email pointing to his blog post on “A Sociology of Planking” and asked me what I thought. Here’s what Bret posted:

Wow, I must be getting old! You know you’re getting old when you just learn about a pop culture trend which has apparently been around for over a year. And so was the case this weekend when my soon to be sister-in-law taught me via facebook about “planking.” According to wikipedia, planking “is an activity, popular in various parts of the world, consisting of lying face down in an unusual or incongruous location. The hands must touch the sides of the body, and having a photograph of the participant taken and posted on the internet is an integral part…” Apparently the fad is to capture the most creative picture of oneself “planking” in a public place, and post it on facebook or some other social media venue. Probably the best way to describe planking is to show a picture of it.

This discovery of planking (and of its recent spinoff- “owling”- we won’t go there) got me to thinking about why such seemingly bizarre fads catch on with young people. Keep in mind that I graduated with an undergrad degree in Sociology, so I tend to view things through a sociological lens. I really have nothing concrete to offer here in terms of a cohesive theory for why planking caught on. One thing I believe though, from a sociological standpoint no fad is ever simply meaningless (although it may be intended to express meaninglessness). There is some reason (or combination of reasons) to explain its existence. It may be simple or it may be deep. I’m pretty sure that in the case of my soon to be sister-in-law it’s a simple explanation: she’s poking fun at a goofy trend (I actually got some great laughs out of her pictures on facebook this past weekend). But I also think about my youth specialist friend Walt Mueller (President, Center for Parent/Youth Understanding), who talks about the notion that youth trends serve as a “mirror” into the worldview of our young people. What are we seeing in this particular mirror? Is this some sort of narcissism? Is this existentialism, perhaps even a throwback to the “theatre of the absurd?” Or am I reading too much into it? Maybe it’s just a game, but why this game? What does this say about youth culture?

I realized quickly that I was in the dark on this one. I guess that sometimes you can spend so much time watching culture that you miss culture. Or, maybe there’s so much stuff out there in culture that there’s no way to keep up with it all! So Bret. . . I have no clue on this one. I’m guessing it’s a fad fueled by the convergence of digital camera technology, social media, creativity, risk-taking (in some cases), one-upsmanship (in some cases), and oh. . . a good set of abs.

Bret’s post and email reminded me of something else that’s pretty important. We need to be keeping each other up-to-date on what’s happening in our world. Many of us – usually me – miss it. And while planking isn’t something immoral, unethical, or consistently dangerous, there are plenty of things out there that are symptomatic of heart issues needing to be addressed. That said, I guess planking could be symptomatic of deep heart issues that evidence themselves in a need for attention. Knowledge that trumps ignorance is one of the best tools at our disposal. We can’t form redemptive/biblical responses unless we know about what we must respond to. So, we need to be sharing what we see and hear with each other. If we’re in youth ministry we need to be informing parents. Parents need to inform youth workers. All of us need to be asking questions and talking to our kids.

All this makes me wonder. . . what else have I missed?