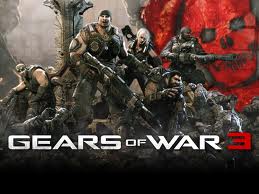 There’s a point near the beginning of my Download seminar (a look into the media world of today’s teens) where I try to help parents and youth workers see just how much and how fast the media world has changed. I give a little “then and now” visual tour of the media landscape. . . the things we had then compared to the stuff they have now. You know. . . an old tethered/wired phone compared to a mobile phone. . . an old black and white TV console compared to a high-def 3D TV. . . a shot of the Pandora Internet radio platform compared to a transistor radio. It’s a little bit of tongue-in-cheek tour designed to show just how much media technology has advanced. . . and is till advancing.

One little stop on my visual tour highlights the world of gaming. After showing a picture of a bank of high-def game platforms and hyper-focused kids, I mention that we had games too. I show a Twister spinner. That usually gets a little bit of laugh. Of course, that’s how many of us older folks met our spouses, right?!? “Left hand blue, right foot green. . . . oh my. . . looks like we’re now in a serious relationship!” Then I mention the fact that we too, had high-tech video games. . . and I show an actual working Pong screen. Another laugh.

Video games are on the national radar today as “Gears of War 3” hits retailers and will most likely set some new records. It’s big stuff for the gaming community. While thinking about today’s debut, I remembered a question a curious mother of a gamer asked me a few weeks ago: “Why is this such a big deal for my son?” 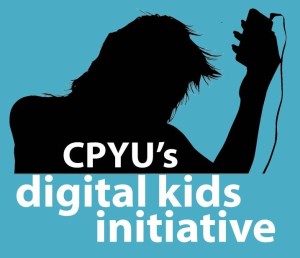 As part of our new Digital Kids Initiative here at CPYU, I looked long and hard at the world of video gaming and discovered there are some pretty compelling reasons for the attraction. To be honest, if I was a kid in today’s world I would most likely be right there with the rest of them. Here’s some of what I discovered. . .

-They are fun. . . and they are quality. What kid doesn’t want to have fun? With so much pressure on kids to be and do certain things. . . and grow up way too fast. . . there’s nothing wrong with seeking out and having some fun.

-They offer an escape. If life for today’s children and teens wasn’t difficult, I wouldn’t be doing what I’m doing with my life. It’s gotten so difficult for many kids that they are looking for a diversion. . . anything. . . something to take their mind of a difficult existence. A chance to live in alternate realities allows them to temporarily forget their lives.

-They allow them to network and socialize with friends. . . locally and globally. This is the new playground for adolescents during a time when social connections take center stage.

-They offer connections with a community. With the family, church and other institutions failing our kids, the world of the online game gives them a place to belong with other like-minded kids. As your connections grow, you wind up being missed if you aren’t there.

-They offer a place to succeed. The gaming world is a place where improved skills give you chance to achieve, be a winner, advance up the ranks, and experience success. Not only that, your accomplishments can bring affirmation in the community.

-They give you a chance to have some control. If you are a young person who feels powerless, this is a place to have some power. You’re the boss here.

-They offer you a place to be someone else. The virtual world of the game allows you to live out fantasies that you might not indulge in real life. You can live a parallel existence. You can, in effect, have a “do-over”. . . over and over and over.

I know that lots of parents of gamers are concerned about what their kids are playing, how much time they spend playing, and why the games are so increasingly important to them. Some of us might even tell our kids to “turn it off!” I know that those instructions are necessary and well justified from time to time. But maybe there’s a time and place to first ask the question, “Why did you turn it on in the first place?” It’s another great way to get to know the cares, concerns, and needs of our kids.