Maybe you already saw the news this morning. Word is that Amy Winehouse – the singer who was found dead in her bed on July 23 – drank herself to death. The coroner reports that Winehouse had lethal amounts of alcohol in her blood. . . 5 times the British drunk driving limit to be exact. My newspaper said Winehouse died of “accidental alcohol poisoning.” The coroner is also quoted as issuing a verdict of “death by misadventure.”

I wrote about Winehouse and her music a few years ago. More recently, I wrote an article on Winehouse’s death – “Learning from Pop Culture Life and Death” – for the current issue of Youthworker Journal.

After reading this morning’s news, I couldn’t help but continue to feel sorry for Winehouse’s family, people who suffer with alcoholism, and for those who have to live in the wake of a loved one’s addiction to alcohol. I grew up separated from it. As I’ve gotten older, alcoholism has continued to touch me as it has touched and destroyed the lives of so many people I know and love. That’s one of the reasons I don’t drink. I guess it’s a way that I can shake my fist at an industry that has exploited so many in so many different ways. (By the way. . . I don’t think that it’s wrong for people to consume alcohol in moderation.)

As I pondered the Amy Winehouse story one more time this morning, I tried to imagine the scene of death. Then, I imagined that scene next to the tens of thousands of scenes the alcohol industry has thrown at me through marketing over the years. Many of those scenes have made me laugh. Some of the commercials are crafty and humorous. But then I look at the ads with the scene of Amy Winehouse’s death occupying the space between me and the advertising. Or, I allow the people and their families that I know – people who have suffered for years with alcoholism – to stand between me and the ads. When you try to look through and around the pain, the suffering, the sadness, the heartache, and the grip. . . well. . . that’s when I want to shake my fist at the alcohol industry again and yell “Liar! Liar!” I’m guessing most of us – especially our kids – don’t see it that way. Statistics bear that out.

After reading about Amy Winehouse this morning, I decided on a lark to google “Budweiser Ads” on the Google Image page. I randomly chose Budweiser as a way to remind myself of how this stuff is marketed. Go ahead. . . give it a try. . . and then spend some time looking around. None of the ads show pain, heartache, or death. Instead, they show laughter, joy, and life. In reality, they show relief and redemption. In reality, they really don’t deliver on those promises either. In reality, they deliver just the opposite in the long run.

Here are two of the ads. One old. One new. The old one is from the season we find ourselves in. Do they really tell the truth in what they say and what they depict? And, how could we use these ads to spark some healthy conversations with our kids? 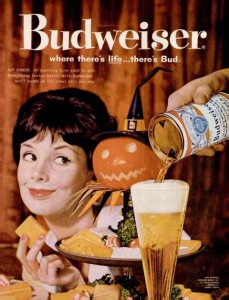 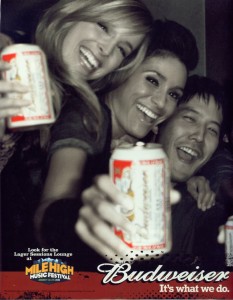