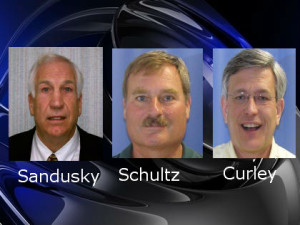 I’m sure there’s much that hasn’t been said that’s going to surprise lots and lots of people. What has been already been said is quite horrifying. . . almost too horrible to digest. Have you read the grand jury report from the Jerry Sandusky sexual abuse case? If you haven’t, you should. It recounts – in vivid detail – what every human being is capable of. I want to encourage all my youth worker friends to give it a good look. Consider it preparation for the inevitable. If you haven’t already had to deal with this in your church or community, you will.

As I read the report, I was reminded of other cases with which I’m more familiar. It’s eerily similar. Since being thrust into some difficult circumstances and situations in the past, I’ve learned this about predators. . .

1. They are careful and calculating cultivators. They know exactly what they are doing. They are drawn to those who are vulnerable. They dance, dance, and dance around some more with great care. Their careful attention serves to keep them from getting caught.

3. They are convincing. You can’t believe how convincing they are until you sit with a young victim and hear them say, “I just assumed that what they were doing to me was normal.” They convince their victims that they have the victim’s best interest in mind. All they have in mind is satisfying their own twisted needs, desires, and perversions.

I’ve also learned some things about the closest family and friends of predators who have been exposed. . .

1. You just can’t believe the accusers or the accusations. The evidence can be right under your nose, and you just don’t believe it. How many times have we heard people say of a predator, “He/She is just not capable of doing something like this!”?

2. You just won’t/don’t believe the accusers or the accusations. Even after confessing guilt in a court of law, there are predators whose closest family and friends still refuse to believe the truth. It’s a combination of wanting to believe the best of those we love, along with the power of the predator to deceive.

If there’s anything good that come out of what’s happening at Penn State it’s the wake-up call that might lead to preventing some horrible stuff from happening to a host of kids in a variety of places. It’s the realization that not only is this stuff real, but that we need to have systems and protocols in place in our youth groups and churches to both prevent and redemptively deal with it all.

Keep listening. Jerry Sandusky’s story will continue to unfold. There’s much, much more to learn.