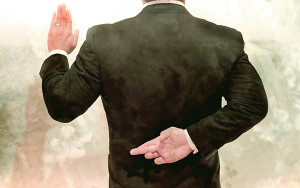 This headline caught my eye in yesterday’s Lancaster Sunday News: “Profile of an abuser.” The article was written by a local pastor, Steve Cornell, who is also a correspondent for the paper. Cornell says that in today’s world, parents who entrust their kids to camp counselors, coaches, school teachers, youth workers and the like have a real dilemma, a dilemma he says can be answered by educating people about how shrewd and crafty abusers really are. I agree.

For me, the Jerry Sandusky trial is just the latest in my own journey since having my eyes opened to just how deceptive people with an agenda can be. Whether it’s the serial abuser, the pedophile, or the adult who engages in emotional and/or sexual affairs with vulnerable young charges, well-crafted and carefully-maintained deception seems to be a common-thread among those who become masters at cultivating, grooming, and taking advantage of victims.
These people are so good in fact, that those closest to them struggle to believe and accept the fact that they 1) could ever do anything like that, and 2) would ever do anything like that. And even when guilt is proven, a perpetrator’s excuses and explanations can be effective at once more making the blind even more blind to the truth.

2. Bold deceitfulness. These people create and live in their own self-serving reality. Tracy says they are masterful manipulators. . . and when they are caught, they can “confuse, confound, and put others on the defensive.”  I once had a friend describe someone like this as being a master at Jedi mind tricks. The person had seen the perpetrator in action. When caught, the perpetrator actually convinced the witness that he didn’t really see what he saw. . . until the witness “shook off” the deception.

3. Harsh judgmentalism. In an effort to deflect attention from themselves, they will replace their own shame with blame in order to escape a guilty conscience. Tracy says that self-righteous religious communities function as safe havens for these types of people. Again, I’ve seen this happen.

4. Calculated intimidation. This is the abuser’s “weapon of choice.” They threaten their victims into silence and submission. Sometimes they manipulate in positive ways through gifts, compliments, and affirmation.

Steve Cornell goes on to add a fifth characteristic that I think is dead-on and very helpful. . . .

5. Fear of rejection. Abusers have issues with acceptance and rejection. After studying narcissism for the last several years, it’s increasingly obvious to me that the people who entice and abuse the young are consummate narcissists.

While I know that discussing and unpacking these issues is difficult and heartbreaking, it’s necessary. Looking into the rear view mirror of my own experience over the last few years, I can  only wish that I had known and understood the characteristics of an abuser. What was unfathomable and unbelievable at the time looks like a great big “duh” to me now. From what I’m hearing, I’m not alone.