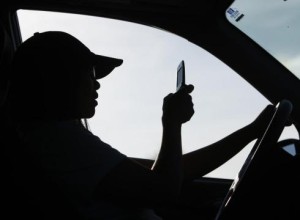 Every once in awhile a series of thoughts and events simultaneously converge to prompt a sense of urgency. That’s happened once again this morning. I went to breakfast thinking about some conversations I had last night after speaking to a group of parents in Allen, Texas. Many of them shared their deep concerns -some general and some specific – over technology’s impact on their children and teens. During one of those conversations, I mentioned that technology’s pervasive presence is adding to the problem of distracted driving, and that kids are especially prone to texting while driving. . . something that not only scares me while in my car headed down the highway, but when I’m out on my bike and someone blows past with one hand (maybe) on their steering wheel while their eyes and other hand are involved with their phone.

This morning, I went to breakfast at my hotel and read USA Today and The Wall Street Journal. The former featured an op-ed piece by FCC Chairman Julius Genachowski, “Time to put the brakes on texting and driving.” I would question the wisdom of anyone who questions Genachowski’s appeal to common sense. Then, I spent some time looking through The Wall Street Journal’s “Innovations in Transportation” section that included this related headline: “Who’s Behind the Wheel? Nobody. The driverless car is coming. And we all should be glad it is.” That gladness is over the fact that no human driver at all is safer than a distracted human driver.

Then, this morning’s convergence took an ugly turn. An email from home informed me that a young 19-year-old college student from our community was hit and killed while riding his bicycle yesterday in Kansas. The details that have been shared with me indicate that he was hit and killed by a teenage driver who was distracted. . . by what, I’m not sure.

These are the kinds of things we need to talk about with our kids. A Kansas teenager made a split-second decision yesterday. Again, I don’t know what that decision was specifically. But that decision has far-reaching consequences that will effect many, many people for a long time. That decision ended a life, changed the life of a loving family, and has human fallout that reaches far beyond the 19-year-old victim and his circle of family and friends.

Today, I want to encourage you all to do everything in your power to address the issue of distracted driving – particularly texting while driving – with the kids you know and love. Youthworkers, raise the issue with parents and students. Parents, talk, talk, and talk some more with your kids. Teachers, take a moment to pass on some life-lessons to your students.

I went on to our CPYU Digital Kids Initiative site this morning to look over our downloadable handout on “Texting While Driving.” Give it a look. Download it. Pass it around. The handout includes these alarming facts:

Cell Phones, Texting and Driving at a Glance:

When You Text and Drive: