Sleep didn’t come easy last night. I’m away from home and waking up to a full day of teaching at the D6 Conference here in Dallas. “D6”. . . that’s short for “Deuteronomy 6” and the well-known yet little-lived passage on the responsibility of the family to take the 24/7 lead in the task of deliberate spiritual nurture of children in the faith, while the church is there to lend consistent help and support. It’s that passage and others which gave us marching orders back in the 1980s when we were doing youth ministry centered on the family in the Philly suburbs. And it was that passage and that youth ministry that birthed CPYU 22 years ago. It’s shaped our whole approach to ministry. It was thoughts of Deuteronomy 6, the topics I’m addressing today (youth culture, kids and digital media, and pornography), and some new elements in the pop culture soup that kept my brain engaged when it should have been asleep. 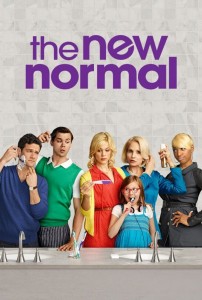 Because faith, family, and culture are brought together in all we do, I’ve been curious about The New Normal, an NBC sitcom that debuted a couple of weeks ago. . . the title and premise of which is a direct statement about what should be, and a direct reflection of what increasingly is. The “new normal” is a family system where two gay men enlist a surrogate in order to have a baby. Last night I gave the show a look.  I was reminded just how quickly culture is changing. I grew up in a world where values, attitudes and behaviors were for the most part clearly categorized as “right” or “wrong.” Eventually, those same things moved into the realm of ethical quandaries and debate. Now, we simply follow our hearts. . . hearts which are socialized and “normed” by popular culture and the 24/7 nurture it provides.
If what ABC is showing is “the new normal,” is my family structure and the one-man/one-woman in a lifetime monogamous commitment structure now “abnormal?” Have I been teaching, committed to, and raising my own kids in a system that many would say is outdated or even wrong?
As I prepare to debut new material and seminars on kids and pornography today, I can’t help but be deeply troubled by how the new “normals” have created a whole new category of “abnormals.” Case in point. . . I will be talking about how popular culture has very quickly transformed pornography from a vice to a virtue. That’s what’s called “social norming.” Examples abound. One that I found yesterday is this little clip from Jimmy Kimmel that I’ve posted below. Give it a good look. It employs humor, makes some basic assumptions about people’s values, reflects new normals, and should prompt some grief about who we are as a culture. What and listen for responses.
So, this morning I climbed out of bed with a new resolve to keep doing what we’re doing here at CPYU. . . and I was reminded that a culture void of a moral compass is a culture in deep need.