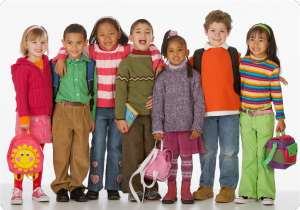 That was the headline over Warren Farrell’s op-ed piece in yesterday’s USA Today. Farrell has written on the development of boys in modern American culture, so these are issues he’s been addressing for awhile, making this something more than a knee-jerk reaction to the Newtown, Connecticut shootings. While I haven’t read everything that’s been penned or listened to every critique since that sad and distressing event, I would say that Farrell is wandering through the right forest on his search for answers, if not already barking up one of the right trees in his search for answers. Here’s why. . .

First, Warren Farrell knows that this isn’t a one-cause issue. We don’t live in a world where everything was just right until the first assault weapon left the factory, the first little boy put his pudgy little fingers on a video game controller, or the first group of adolescents started drinking. It’s just not that simple. Rather, Farrell points to a multitude of factors that have converged (including those just mentioned), making this a complex perfect storm. Eliminating or addressing just one of the many “storm fronts” isn’t going to provide a solution. It might be a step in the right direction, but it isn’t going to solve the problem.

Second, Farrell points to issues that are more systemic than circumstantial. As one who has focused on the issues related to the transition of adolescent males into adulthood, Farrell posits that in our society, “the road to successful manhood has crumbled.” While some might call that a sexist conclusion, it’s actually rooted in fact. Far from being comprehensive in its analysis, Farrell’s short USA Today piece lists some of the factors that have converged, it’s worth reading and pondering.

Third, Farrell points to the breakdown of the family – specifically divorce and the loss of involved fathers – as  a main factor in where we’re at with our kids. Judith Wallerstein would agree. She set out in the early 1970s to engage in social science research that would prove the rather quick resiliency of kids whose parents had divorced. To her surprise, she quickly disproved her hypothesis, resulting in a resolve to spend the rest of her life trumpeting the negative effects of family breakdown and divorce. In a world where roughly 40% of our children and teens go to bed in a home where their father does not live . . . well. . . maybe we shouldn’t be surprised at how our kids are living in that world. If you haven’t read Judith Wallersteins’ The Unexpected Legacy of Divorce, I recommend that you do.

The fact is that we do live in a world where everything was just right, until we decided that we knew how to take what we had been given and do it our own way. The first three chapters of Genesis tell that story. And we have to tell, re-tell, and ponder that story if we’ve got any chance of getting anything right now. Perhaps all of our post-Newtown strategy sessions need to start with a reading of that story.

This most basic of all of our problems will continue to eat away at us until what once was will be again. When human history finishes its march from the first chapters of Genesis with the realization of what’s described in the last chapters of Revelation. . . well. . . it will all be fixed. Until then, we should rejoice that there are parents, youth workers, grandparents, teachers, counselors, pastors, neighbors and friends who are  learning, telling and living that story. If you fall into one or more of those categories, you are so very very important! And while we’re doing that, we need to be thinking, strategizing and doing based on what we know to be true. Together we must pray and then live these words taught to us by Jesus: “Your Kingdom come, your will be done, on earth as it is in Heaven.”

I’m not saying it’s simple. I’m just saying it’s the place where we need to go to regroup, reboot, and start.