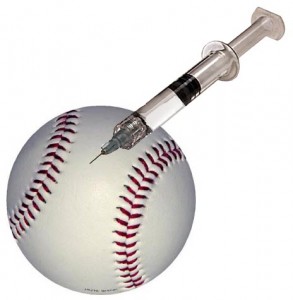 This time it was the baseball writers throwing a shutout. And the shutout was thrown against baseball players hoping to score on their eligibility for baseball’s Hall of Fame. It’s a complex process and formula that takes too long to explain here. But guys like Hall-of-Famer and old-timer Al Kaline believe that the process worked this time around, making the shutout a good thing. Kaline, like many of the rest of us, think that if a player has inflated their ability and statistics by inflating themselves with steroids – something that happened in what is now being called baseball’s “steroid era” – then you don’t deserve a spot among baseball’s greatest. After yesterday’s results (or non-results) were revealed, Kaline said, “I’m kind of glad that nobody got in this year. I feel honored to be in the Hall of Fame. And I would’ve felt a little uneasy sitting up there on the stage, listening to some of these new guys talk about how great they were. . . I don’t know how great some of these players up for election would’ve been without drugs. But to me, it’s cheating.”

Think about Kaline’s last few words. . . “to me, it’s cheating.” They’re quite telling. We live in a day and age where the definition of cheating is up for grabs. The line on what constitutes cheating is fluid. No longer is there a commonly held standard to which we can all appeal and judge both our own behaviors and the behaviors of others. That’s a sign of the times. The debate in baseball isn’t so much about whether or not the guys who got shut out (Clemens, Bonds, Sosa. . . ) used steroids, but if their steroid use was wrong.

That debate, sadly, is going to continue for awhile. My guess is that sooner or later standards will loosen and behaviors will be forgotten, even before people think to forgive them. In the meantime, I think it’s good to use this story as a prompt for discussions on cultural attitudes and personal behavior. You see, whether or not we think these guys were right or wrong, they did serve as heroes and role models to an entire generation of kids. . . mostly boys and young men. And when young dreamers stand on the diamond pretending to be Barry Bonds, the emulation usually extends beyond what the guy could do with a bat and a glove. Our heroes and role models are complete people, meaning that there’s always much more to them than who they are when they’ve got their uniform on. In fact, they spend most of their time out of uniform. . . and in our media-saturated world, that time is spent in front of a watching world almost as much as when they’re on the field.

The good news on kids and ethics is that there seems to be a decline in lying, cheating and stealing for the first time in ten years. In their latest edition of their annual survey of high school students, the Josephson Institute of Ethics tells us this:

On the one hand, this good news should make us happy. But are these numbers reflective of an increase in conformity to unchanging ethical standards, or are they a reflection of conformity to lowered/changing ethical standards? In other words, has the definition and understanding of what constitutes lying, cheating, and stealing changed? If that’s the case, then our kids (and the rest of us) could actually be lying, cheating, and stealing at a higher rate. I don’t at all mean to sound skeptical, but these are questions we should be asking.
In spite of what really sits behind the statistics one thing is for sure: that is, that we need to embrace, teach, and live out the highest standards of ethical behavior in order to both glorify God and teach our kids.
There will be a celebration and induction ceremony at The Baseball Hall of Fame later this year. There just won’t be any living players standing on the stage. The three inductees include three men who have been dead for at least 70 years: Yankees’ owner Jacob Ruppert, umpire Hank O’Day, and catcher Deacon White. The amazing thing about White is that throughout his career as a major league catcher, he did it all bare-handed. . . and that without steroids! Wow. . . just one game of that should get you into the Hall of Fame!