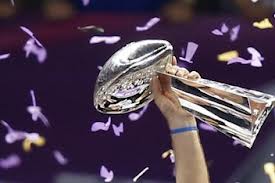 Most of us watched, didn’t we? And most of us watched the way we normally watch. . . disengaged. . . thoughtlessly. . . seeking to be entertained by the creativity (yes, some really great creativity!) of the stagers, the singers, and commercial script-writers. “Come on. . . make me laugh!” or “Make me forget about the trials and travails of my real life for a couple of hours!” is the way we watch. . . usually without even knowing that that’s what’s happening.

My morning-after confession includes the fact that I didn’t watch as carefully as I normally do. When I say “carefully” I mean that there where times when my attention was directed elsewhere. . . like to the two other people in the room. . . or the newspaper. . . or (can I admit this?) Downton Abbey for an hour. Sure, here at CPYU we encourage people to watch carefully. But sometimes you’ve just got to shut down for awhile. . . like when it gets to be too much of the same-old discouraging thing both on and off the field.

But I did see enough . . . most of it actually. . . to allow me to endeavor to be somewhat thoughtful in the way that theologian Karl Barth used to say. . . “Every Christian should start their day with their Bible in one hand and the newspaper (or Super Bowl!) in the other.” Yesterday morning’s appropriately-timed sermon on pride was helpful once 6:30pm rolled around. I was already convicted about my own self. Now, I was feeling convicted about my own self’s culture.

I also watched with the theologian John Stott’s reminder of our need to engage in “dual-listening” in mind. Stott wrote in his book The Contemporary Christian, “We stand between the Word and the world with consequent obligation to listen to both. We listen to the Word to discover even more of the riches of Christ. We listen to the world in order to discern which of Christ’s riches are needed most and how to present them in their best light.”

So, what did you hear as you “dual-listened” last night? I’m curious. Here are some general observations that I went to bed mulling over in my own head.

First, the Apostle Paul would most likely respond to us and our sport and consumer-obsessed culture in the same way he responded when he arrived in Athens. . . he would find it all greatly distressing. Why? Because our landscape is very similar to theirs. . . littered with idols. . . and I’m not sure I would say that our idols are any more difficult to see if we are willing to stand back and take a good look. There’s the idol of consumerism (think commercials). There’s the idol of sport (think about what a spectacle the Super Bowl has become). There’s the idols of self (think about the “hey! look at me!” posturing that goes on after a player exercises their God-given athletic ability to the glory of self). There’s there idol of celebrity (think Ray Lewis. . . think about Beyonce arriving on stage by rising above all else in the midst of theatrical fog). And so forth and so on.

Second, the Super Bowl gives us a quick and obvious peek into where and how we think we should find our identity. It’s in what we look like. It’s in what we own. It’s in anything and everything but who we’ve been made to be in the image of God.

Third, the glory of God was everywhere last night. In the agile and athletic talents of the athletes. In the brains of the coaches. In the creativity of the commercial-makers. In the voices and talents of every halftime performer. In the engineering technology that allows us to watch. . . and show replays. . . and turn the lights back on. Yes, we have been made in the image of God who has in turn gifted us to be culture-makers. God can be seen in all of that and more. . . even if we choose to use those God-given gifts to the glory and honor of someone or something other than him.

And finally (although there’s so much more we could talk about), yesterday’s extravaganza exposes both our hunger for redemption and “the feasts” we think will fill us up. We’ve all been made by God and for God. Our brokenness leaves us groping in the dark for something that will answer our hunger and need. We are looking for something that will fix it all and make us feel right. And so we see things like stardom, sex appeal, victory, and stuff being heaped in huge proportions onto the cultural banquet table. We eat and leave. . . only to come back more hungry than before.

Here’s what I need to remind myself of this morning: Ultimately, the search for our identity is a spiritual quest. Alistar McGrath captures that reality in his book The Unknown God:  “If there is something that has the power to fulfill truly and deeply, then for many it is something unknown, hidden in mystery and secrecy. We move from one thing and place to another, lingering only long enough to discover that it is not what we were hoping for before renewing our quest for fulfillment. The great certainty of our time seems to be that satisfaction is nowhere to be found. We roam around, searching without finding, yearning without being satisfied. The pursuit of happiness is often said to be one of the most fundamental rights. Yet this happiness proves astonishingly elusive. So often, those who actively pursue happiness find that it slips through their fingers. It is an ideal which is easily put into words, yet it seems to remain beyond our reach. We have long become used to the fact that the richest people in this world are often the most miserable, yet fail to see the irony of this. Perhaps it is just one of the sad paradoxes of being human. Maybe we will have to get used to the fact that we are always going to fail in our search for happiness. Part of the cruel irony of human existence seems to be that the thngs we thought would make us happy fail to do so.”

At one point during last night’s game, a friend connected me to fascinating and thought-provoking piece by Matthew Vos, a sociologist who is a follower of Christ and a watcher of sport culture. The article is from Comment magazine. . . a magazine I love. The article is entitled “Prizes and Consumables: The Super Bowl as a Theology of Women.” If you are a Christian and you watched the game, your Super Bowl experience is not complete until you give this article a read.