I’ve been revisiting the past a bit with a CD I picked up in San Diego at the National Youthworkers Convention a couple of weeks ago. It’s the greatest hits album from DC Talk. I was listening on Saturday while driving back from New York when the track “What If I Stumble?” came on. Those of you who are familiar with the song no doubt know that there’s a little spoken-word bit at the start. It’s a couple of sentences from Brennan Manning where he says, “The greatest single cause of atheism in the world today is Christians: who acknowledge Jesus with their lips, walk out the door, and deny Him by their lifestyle. That is what an unbelieving world simply finds unbelievable.”

Those words have always haunted me a bit. . . not so much about the church. .  . but about me. I think of them often and it was challenging to hear them spoken in Manning’s voice again.

The Scriptures are clear that our faith is to be integrated into all of life. . . every square inch. . . every nook and cranny. Our faith is not a convenient add-on.

Later on Saturday night, I continued my trek through James K.A. Smith’s thoughtful little collection of essays, Discipleship in the Present Tense: Reflections on Faith and Culture. In one essay, Smith offers a review of Julian Barnes’ memoir, Nothing to Be Frightened Of. The book’s opening line. . . “I don’t believe in God, but I miss Him” . . . captures a bit of the essence of Barnes’ agnosticism. 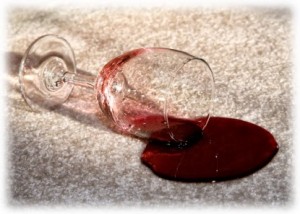 Smith goes on to quote Barnes and his thoughts on the Christian faith in a way that connects directly with Manning’s critique of our meaningless version of the faith: “There seems little point in a religion which is merely a weekly social event as opposed to one which tells you exactly how to live, with colours and stains everything. . . What’s the point of faith unless you and it are serious – seriously serious – unless your religion fills, directs, stains, and sustains your life?”

“Stained with God.” That’s an interesting and timely metaphor for the kind of integrated faith that finds its way into every single cell of our existence. That’s the kind of faith we need to pursue.