This morning I ran across and posted this thought-provoking quote from J.I. Packer: “Our business is to present the Christian faith clothed in modern terms, not to propagate modern thought clothed in Christian terms. . . . Confusion here is fatal.”

I’m sure that all of us are guilty here on something. It’s just that most of us don’t know it. . . which is, by the way, the reason we should engage in ongoing, never-ending, deep introspection of every nook and cranny of our lives. . . all conducted under the illumination of God’s Word. 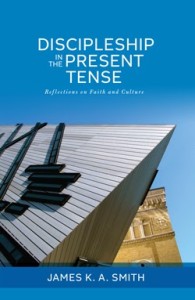 I was hit by this reality again the other night while spending more time in James K.A. Smith’s Everyday Discipleship, the chapter entitled “Can Hope Be Wrong?” in particular. Smith offers up his critique of the “New Universalism” . . . the kind of universalism propagated by Rob Bell in his book Love Wins. This new brand of universalism is what Smith calls a “christocentric” or “evangelical” universalism. In other words, all human beings will be saved in Christ. Smith says that what drives this increasingly popular belief is not a close reading of the Bible’s claims about eternity, but an understanding of the nature of God that leaves people saying things like “I can’t imagine a God who would send a person to hell” and “I hope that God doesn’t send people to hell.”

Smith goes on to ask this question: “Are these hopes and imaginings sufficiently warranted to overturn the received, orthodox doctrines concerning final judgment and eternal damnation?” Then, he critiques each. When he critiques the hermeneutic of hope, he wonders if our hopes can ever be wrong. His example is personal. He loves his wife and he can’t even begin to imagine a life without being husband and wife forever. But then he reads the words of Jesus in Matthew 22:30. . . words that clearly say that at the resurrection, people will neither marry nor be given in marriage. Now, the dilemma for Smith when he asks, “Should I nonetheless hope that marriage endures in eternity? Should I profess that I can’t know this (since Scripture seems to suggest otherwise), but nonetheless claim that somehow hoping it might be true is still faithful? Or should I submit even my hopes to discipline by the authority of Scripture?”

Wow. Read that last question again. Those are powerful and timely words that apply to so much more than who gets to go to Heaven and whether or not we will be married in eternity. Smith reminds us that when “what I hope for” eclipses a more theocentric approach to these and other issues, we are in trouble. And that’s what I think J.I. Packer is driving at as well.

While I was reading all of this, I rewound to the evening about thirty-five years ago when one of my best friends sat me down to tell me that he was gay and that he was embracing his homosexuality. When he asked me for my response, a battle began to rage inside of me. I wanted more than anything else to tell him that there was nothing at all wrong with his decision, his leanings, and his embracing this kind of sexuality. I wanted to love, affirm, and accept my friend. I hoped that his same-sex behaviors wouldn’t matter. But on the other side was my need to submit my hopes (some, which if I’m honest, still hold true today on a whole plethora of issues) to someone bigger than myself. And so the battle continues between my hopes. . . driven by my belief that I might just have all of this (and everything else) figured out better than the One whose will and way I must submit myself and my hopes to. . . and my need to have those hopes disciplined.