Since then, I’ve been filtering the video and the larger issues it represents through my ongoing study of the Scriptures, my reading on issues related to same-sex attraction, transgender, and marriage, and my tracking of these fast-developing trends in culture. 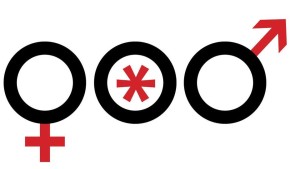 Last week, I invited our Doctor of Ministry students in our Ministry to Emerging Generations cohort at Gordon-Conwell Theological Seminary into the conversation. Actually, the conversation had been going on for some time among the members of our cohort. In fact, in the year since we had last gathered together, issues related to same-sex attraction and transgender matters were exploding to front-and-center in their churches and youth groups. The ethical and pragmatic questions were many and complex. So, viewing and discussing this video together was a very helpful exercise.

Since watching this video – not only the first time but many times since – I’ve been jotting and gathering thoughts. The thoughts are incomplete, nowhere near exhaustive, horribly disjointed (I think), and certainly in process.  But here goes. . . .

First, I feel for the Whittingtons. We live in a broken world. . . every square inch has been effected by the fall. We are broken people. We are married to broken people. And whether we want to believe it or not, our children emerge from the womb as broken people as well. As parents, all of us will have to face a variety of complex issues that result from this brokenness. We will be forced – from time to time – to cry over and with our kids as we plead with God to fix things that aren’t the way they’re supposed to be. In this case, I’ve heard stories like the Whittington’s before. Not often, but enough to know that they exist and that it’s enough to make a parent’s head spin. It’s not as easy to answer or live through as those of us who have never had to answer it or live through it might think.

Second, even though the stories we live are complex and gut-wrenching, I must always – as a follower of Christ – submit my emotions to the truths of God’s Word. . . whether I am the one playing a major role in the story, or if I am invited in to play a supporting role. Scripture must always first and foremost inform  all of life. . . and not the other way around. Sure, life is the lens through which we approach the Scriptures. That’s an unavoidable fact. But I have to know and address my biases as I go to God’s Word. Then, the Scriptures must dictate the trajectory of my life, rather than vice-versa. I can’t let my emotions or “heart” (as it’s called today) tug me away from God’s will and way by causing me to hear, embrace, and live something that God never intended or desires for me. Un-reined emotions are soil in which the seeds of getting easily fooled so easily grows. “Following my heart” is always a dangerous enterprise. My calling as a follower of Jesus is to engage in the messy and difficult business of twisting my life to conform to the Scriptures, rather than twisting the Scriptures to conform to my life. Sadly, the latter is what seems to be happening more and more in relation to sexual issues in the church.

Third, in the case of this video, there is a strong element of emotional trickery. Who among us can’t be moved by the Whittington’s story being told as it is. . . the family photos, the video clips, the music, the text? It’s the whole package. And that’s where the danger lies. If we aren’t careful, we can allow ourselves to be so manipulated by the way the story is being told that we fail to be conformed to the bigger Story in which this smaller story needs to be seen and processed. Again, emotional tugs can blind us to the truths God desires us to see, embrace, and live. As Christians, we need both grace and truth. When we are pulled by our emotions, we tend to err on the side of cheap grace. Sadly, when that happens, we usually sacrifice truth. Of course, truth embraced by hard and compassion-less hearts is equally dangerous and wrong.

Fourth, we need to differentiate between ethics and pastoral care. Last week, ethicist Dennis Hollinger, author of The Meaning of Sex and President of Gordon-Conwell Theological Seminary – visited our cohort and made this very important distinction.  Dr. Hollinger explained that ethics is about the moral designs of God. Holding to these designs is our high and holy calling. But the reality is that this is a difficult task in a broken and fallen world. Thus, our  difficult as we seek to answer the question. . . “What do you think about this video?”, or more specifically, “What do we do in this situation?” Pastoral care is about the love, compassion, and empathy that the church is called to provide to people as they walk through life’s struggles, often in response to ethical problems as we yearn to achieve God’s design. It’s about learning how to walk with people through their struggles. The reality is that each of us will someday, if not already, have to walk through this family’s story with a family that we know.

Finally, we live in an age of child-centered parenting. I know, that sounds like the way it should be. But it isn’t. After all, parenting is about the kids, isn’t it? Not the way we see it today. Parents are given the role, right, and responsibility to be parents because of their wisdom, age, maturity, and experience. And we need to do so from a God-centered perspective. But  we have arrived at the place where a pre-school child makes a statement and expresses a desire, and then the parents accommodate that statement and desire. How did that happen? That’s not leading children. That’s following a child’s lead. It’s also a recipe for disaster. Don’t we understand the place of wisdom, age, maturity, and experience that differentiates parents from children and is behind the parental role? I’m glad my parents didn’t give me everything I ever asked for! Isn’t the role of parents to protect kids from themselves and their broken desires, inclinations, and decisions? In this case, I certainly don’t want to take anything away from the difficulty this family has faced. But to be blunt, they have not only done something far too drastic far too soon, but they have then allowed their young child to assume the role of a public icon for those who want others to do the same.

In an interview on these issues with Christianity Today’s Owen Strachen, Tim Keller says, “Jerome Kagan in The Atlantic has talked about how we’re all wired—there are three basic ways to deal with threats. Some run, some fight, some stop and get philosophical. You find this insight in neurochemistry—across 36 cultures, these instincts are wired into us. These are very much who we are. In only a small percentage of the threatening situations is our habitual approach the right one. The worst thing parents can do is listen to the culture when it says, ‘Let your child be who that child is. Don’t try to change him.’ Kagan says that’s the worst thing you can do. Children need to be pulled out of their natural instincts. Parents need to intervene and not let their natures run them. Doing so is a form of child neglect. I’ve never forgotten that with the transgender question. We’re told we can only affirm [this identity] today. The lack of wisdom in this response will become more evident over time. We’re now a radical individualistic culture. If you do anything against it, you’re sacrilegious. I think we’ll see 20 years of mistakes, and then we’ll realize it wasn’t a good idea.

“What do you think?