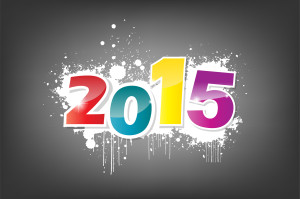 These are some thoughts prompted by the timely convergence of an overheard conversation and some reading. . . all within the last 24 hours. The convergence started as I stood in the express lane at a local grocery store yesterday while holding three containers of mushrooms.

In front of me was a young mother obviously void of means, pushing a cart that had one of those plastic kids’ trucks mounted up front. Inside the truck sat a little four or five-year-old girl who was also obviously void of means. As mom was getting ready to pay the cashier for her 11 items or less, another cashier approached the little girl and engaged her in conversation.

“Did you have a good Christmas?” the cashier enthusiastically asked.

“Yes!” responded the little girl with even greater enthusiasm.

“Was Santa good to you?”

Then the cashier followed-up with this question: “Was Santa good to your daddy and mommy.”

Without skipping a beat the little girl blurted out matter-of-factly, ” I don’t have a Daddy because he fights with mommy!”

Awkward silence everywhere. My heart sank. I thought about life for that little girl and the millions of other little kids who could offer-up some version of the same thing.

A couple of hours later I sat down with Dr. Laurence Steinberg’s new book, Age of Opportunity: Lessons from the New Science of Adolescence. Steinberg’s been getting a lot of press since the release of his book earlier this year. I’m only a few chapters into the book as of today, but it’s clear that Steinberg is an advocate for kids whose on a mission to improve our parenting and education by understanding new developments in brain science, as an avenue to improving the well-being of children and teens in America.

But wait? Aren’t our kids doing ok? Well, the little girl in the shopping cart had the odds stacked against her. And Steinberg runs through a litany of ways that we’re failing our kids and how that’s evidenced in a host of social problems that’s led him to conclude that “American adolescents are not doing well.”

One particular bullet point caught my eye as I was processing the grocery store encounter. It’s about the breakdown of the family. Steinberg writes:

“The birth rate among unmarried women increased by 80 percent between 1980 and 2007. In 2011, nearly one-third of the women who gave birth had never been married. Having a child out of marriage increases the risk of young women and men curtailing their education, depresses parents’ lifetime earning, and increases the odds of living in poverty. Having children outside of marriage undermines the quality of mothers’ and fathers’ parenting, stunting children’s intellectual growth and elevating their risks for emotional and behavioral problems. Children born to unmarried parents themselves are more likely to have babies outside of marriage, perpetuating the same problems in the next generation.”

For those of us who are people of faith, none of this is at all surprising. When we step out of God’s will and way for His glorious gift of love, sex, child-bearing, and marriage. . . well, we are choosing to not flourish.

And so I pondered this conversation and these realities as I thought about our role as parents, youth workers, and educators. What are we teaching our kids? And what are the consequences of not promoting the kind of living that advances human flourishing?

I got a jolt of an answer this morning from Cal Thomas’s op-ed piece in the morning paper. It was nothing new and surprising, but it was timely and it was stated well. Thomas wrote on “America enters its age of decadence.” It was a piece on the decline of civilizations and what history teaches us. It’s the kind of stuff that Francis Schaeffer was challenging us with some forty years ago. Not many listened then. I wonder if even fewer are listening now. Thomas writes:

“History warns us what happens when empires refuse to teach known values that strengthen societies and help protect them from enemies intent on their destruction. The late British diplomat Sir John Glubb wrote a book called “The Fate of Empires and Search for Survival.” Glubb noted the average age of empires since the time of ancient Assyria (859-612 B.C.) is 250 years. Only the Mameluke Empire in Egypt and the Levant (1250-1517) made it as far as 267 years. America is 238 years old and exhibiting signs of decline. All empires begin, writes Glubb, with the age of pioneers, followed by ages of conquest, commerce, affluence, intellect and decadence. America appears to have reached the age of decadence, which Glubb defines as marked by ‘defensiveness, pessimism, materialism, frivolity, and influx of foreigners, the welfare state, and a weakening of religion.’ Decadence, he writes, ‘is due to: too long a period of wealth and power, selfishness, love of money, and a loss of a sense of duty.” Glubb says the 250-year average of empires has not varied in 3,000 years.”

So, as 2014 comes to a close, and 2015 kicks off, maybe we know how to pray, what to earnestly pursue, and how to live. To do these things in ways that promote human flourishing and God’s glorious intended Shalom for His creation. . . well. . . it will require voices and lives that are truly counter-cultural and full of great risk and cost.