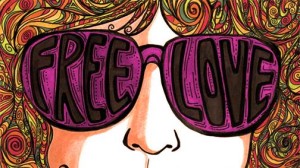 In thinking about the changes announced at Playboy magazine and what I blogged on two days ago, I started to dig through my memory and my notes (you should see my desk!) to find an article on the sexual revolution that I had read in ByFaith magazine a couple of years ago. That article, “The Shameless and the Unashamed” by Alan Dowd, offers a concise and compelling critique of the sexual revolution and what it’s left in its wake, along with biblically-based suggestions for the way forward. The article is spot on and very good. That said, I want to encourage you all (especially parents and youth workers) to take a few minutes to read Dowd’s article, as I believe it can shape our response in significant ways. . .

Those who pushed the sexual boundaries in the 1960s fancy themselves as revolutionaries throwing off the shackles of centuries of taboos and stigmas. “Emancipation is now a reality,” as Margaret Drabble wrote in 1967, cheering what she called “the golden age of adult sexual equality.”

The reality is quite the opposite—in two ways: First, the sexual revolution did not usher in a golden age. And second, God is the real revolutionary, challenging us to aspire to something more than the base instincts of human nature.

The free-love sexual revolution of the 1960s was anything but a revolutionary step forward. Instead, it was a step backward, to the ways of the ancient past.

The context of Genesis 6 and 7, for instance, strongly suggests that human kind had taken an anything-goes approach to sex. The twin cities of Sodom and Gomorrah were so hungry for sex that some 4,000 years later, they are still synonymous with depravity. Lot’s life was deformed by the misuse of sex. Even the patriarch Abraham agreed to a plan to conceive a child outside of marriage—and outside of God’s will.

David took a whatever-feels-good approach with Bathsheba and stole another man’s wife. In following their impulses, his sons followed his example: Amnon was blinded by lust and assaulted his half-sister. Absalom disgraced his father and his father’s throne by having relations with David’s concubines—“in the sight of all Israel” no less (2 Samuel 16). Solomon was so controlled by his flesh that he had 1,000 wives and concubines (I Kings 11).

The gospels tell us that Herod took Herodias, his brother’s wife, as his own. Then he cast his eyes on Herodias’ daughter. And the Roman world of Paul’s day, as underscored by Paul’s letters, was a society consumed by aberrant sex.

In short, there was nothing revolutionary about our own sexual revolution. In our time, as in Paul’s, Solomon’s, David’s and Lot’s, the enemy’s promises are never fulfilled—and the consequences are never fully considered until it’s too late. . . continue reading the rest of the article here.