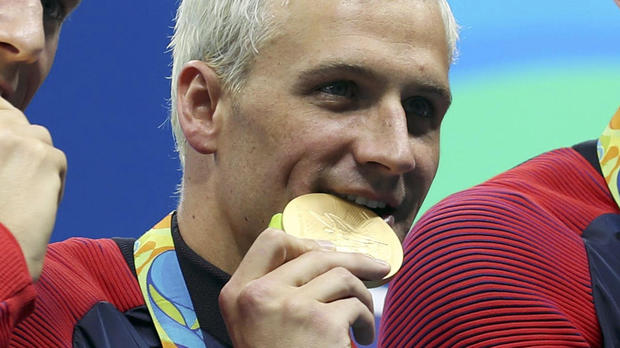 Not only was our American “Bro Culture” exported to Rio and the Olympic Games, but it seems to have gotten caught doing what “Bro Culture” does best. Now, the big story coming from the Summer Olympics is allegations by swimmer Ryan Lochte and three of his peers that they were robbed at gunpoint. Developments continue to unfold to the point where we can be reasonably sure that nobody knows what really happened. Yesterday’s headline in USA Today is telling us that “Lochte, swimmers lied about robbery, broke bathroom door at gas station.”

Over the course of the last couple of days there have been passports confiscated, swimmers taken off flights, quiet returns to U.S. soil, more allegations, loads of interviews, fines paid, vague apologies issued, and most of all. . . confusion.

But if this is true, we need to stop scratching our heads and wondering why the world hates us. Lochte is 32-years-old. We need to grow up. Freedom does not mean license to do anything. . . especially when you are representing the Land of the Free on the world stage.

Os Guinness reminds us, “The rewards of freedom are always sweet, but its demands are stern, for at its heart is the paradox that the greatest enemy of freedom is freedom.”

If the story coming out of Rio is true, let’s hope the USOC steps up and through their actions reminds us that actions do indeed have consequences. And once again, it’s a teachable moment to seize and use with our kids.