Last night I spent some time with one of my sons and one of my grandsons. It was simply a short time together with two people I love very much. As I watched the not-yet-two-year-old running around, my brain rewound to his dad’s time at that age. Only a blink ago for me. Hard to believe. It wasn’t that long ago, and yet in terms of the world then and the world now, it’s in many ways light years apart.

A friend from Canada emailed me this week and offered an unsolicted “by the way” at the end of his email. He basically said that watching our American culture and the election season from north of the border is like watching the very fast fall of a great civilization. The observations of those not swimming in the water like we are should be seriously considered.

As I drove home tonight I passed Donald Trump’s motorcade on it’s way to the Harrisburg airport after a rally in Hershey. Perhaps it was symbolic, as the motorcade was a parade of flashing emergency vehicle lights cutting through the darkness. Thoughts of this political season and how its tone has reflected the changes in our culture hit me hard, and I thought about my Canadian friend’s email.

I also thought about the segment of the 1976 Presidential debate between Ford and Carter that I watched on CSpan thursday night. It was calm, reasonable, respectful, and gentlemanly. That was 40 years ago. It is a different world today. We have chosen a path that has led to decline rather than advancement, yet we still think we’re #1.

Good news is that there is a “however” in all of this. I know one thing that has not changed, nor will it change on Tuesday. God is still God. His providence and sovereignty are good, true, and oh so real. Difficult providences may come, but He is God. That’s not changing. 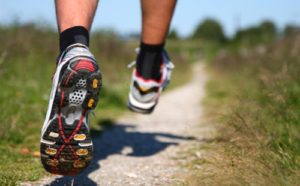 Into this convergence of thoughts over the last couple of days came these words from Psalm 119 yesterday morning: “I run in the paths of your commands, for you have broadened my understanding.” Psalm 199 might just be the most appropriate passage of Scripture for meditation over the coming days.

No matter what happens, our resolve should echo the words of the Psalmist as we run those tried, true, and trustworthy paths. . . no matter what may come our way.