I spent the last couple of days in Mississippi. On Wednesday night, I spoke to a gym full off parents and teens about pornography. What is it? Why are we drawn to it? What effect does it have on us? How does it distort God’s grand and glorious gift of sex and sexuality? How do we avoid allowing it to work us over spiritually, emotionally, relationally, and even physically? And what steps can we take to restore sexuality and relationships that have been damaged by pornography? Those were just a few of the questions we worked to answer. . . all in an effort to promote human flourishing.

Yesterday morning, I spoke to the most vulnerable of the vulnerable. Yes, we’re all vulnerable because of our brokenness. But his was a group of middle school students who had gathered for a frank and forthright chapel talk on pornography from this sixty-year-old guy. They were engaged. . . and rightly so. They’re sexual beings who are right in the midst of experiencing God’s good gift to them. They’re also living in a world filled with ambient pornography. They’re struggle is real. 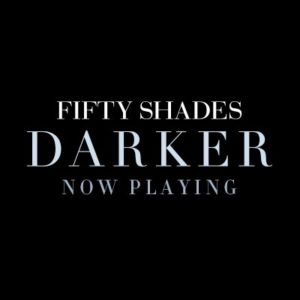 After speaking to the students, I hopped on a plane to start my journey home. I settled into my seat and began to leaf through USA Today section by section. When I got to the entertainment news I spotted and read this review: “‘Fifty Shades Darker’ takes a turn for the worst.”  The film comes out today. . . just two years after the original film in the series was released, sadly, on Valentine’s Day weekend. The reviewer’s justification for “worst” lies more in the cinematic value as opposed to any moral judgments. Reading the review, however, does solidify the film’s dive further into the dark world of sexual license and pornography that horribly distorts the God-given gift of sex and sexuality that he declared “good!” from the moment He made us. The “Darker” addition to the title couldn’t be more accurate.

And so I’m thinking about those middle school kids. . . their sexual “now’s” and their sexual “futures.” The world’s story encourages living a destructive narrative that undermines and even mocks the biblical narrative. We are pointed away from light and into darkness. . . from truth to lies.

In an effort to give some perspective and talking points as the Fifty Shades franchise is re-ignited this weekend, I’ve decided to re-post what I wrote about the original film when it debuted two years ago. . .

(Originally posted 2/12/15). . . And so it arrives. It’s already proclaimed a blockbuster and judging from the predictions of those who seem to know about these things, it will most likely bring in about $90 million over its first three days, an opening which will rival the record-setting opening of American Sniper. That’s not at all surprising since the books have sold over 100 million copies and there will be much-anticipated sequels to this first film in the series.

Now. . . the big question. . . Are you going? Seriously. Are you going? Or, are you planning on viewing the film sometime in the future, perhaps in the comfort of your own home?

These are necessary questions for us to answer as parents, youth workers, and most importantly, followers of Jesus Christ.

If our hearts are truly in line with the way and will of our Creator and our desire is to flourish in our humanity by honoring His borders and boundaries for His great and glorious gift of our sexuality, well. . . the answer should be clear.

Sadly, based on what I’m hearing, the answer’s not so clear. Just as I heard with the books, a large number of Christian women, young and old alike, mothers and grandmothers, singles and marrieds, are eagerly anticipating and can’t wait for their trip to the movies this weekend. Many are giddy with excitement. And, we can expect that some Christian men will be there as well. . . some brought by their wives. . . both of them expecting the film to spice it up for them a little over the Valentine’s Day weekend.

The reality is that there’s not one of us who doesn’t have to deal with our own sexual brokenness and the temptations that come with that. There’s not one of us who hasn’t stepped out of the will of God and into sexual sin in thought, word, and deed. But to knowingly invite, entertain, and indulge sexual temptation while making a clear decision to step into sexual sin. . . well. . . that’s where we need to be stepping up and calling each other out with a good dose of Biblical accountability.

God’s design for His grand and glorious gift of sex is this. . . that sex is a gift to be indulged by one man and one woman within the context of an exclusive, monogamous, covenantal, life-long marriage. That’s it, plain and simple. Sex is something God made, gave to us, and enthusiastically declared “Good!” But with everything else, we go and mess it up. And when the Bible commands us to “flee from sexual immorality,” the word that it uses is porneia, which means “to practice prostitution, sexual immorality, or fornication.” In the New Testament, the Apostle Paul frequently used the word in reference to any kind of sinful and illegitimate sexual activity. Porneia is, in fact, the very thing from which followers of Jesus are commanded to “flee!” (I Corinthians 6:18). (To learn more about Sexual Integrity, check out CPYU’s new Sexual Integrity Initiative).

Yes, pornography! And if you are considering indulging in Fifty Shades of Grey, please take a minute to consider these definitions of pornography that I’ve found to be particularly helpful. . .

I’m not so sure that the biggest problem here is the book  or the film Fifty Shades of Grey. This kind of stuff has always existed. And in a broken world, sadly, it will continue to exist. Our greater concern should be the widespread appeal, the ready acceptance, and even the willingness to engage in secretly reading the books or sneaking off to the film. . . an indication that we know that there’s something that’s just not right about what we’re doing. We’re now talking about mainstream stuff. This isn’t some dark corner or fringe. And as one who studies youth culture I wonder. . . . what will middle school-aged kids do with this one when it’s on DVD and Netflix? Or, what will this stuff do to middle school-aged kids. The most pressing issue is the heart that’s drawn to and shaped by this stuff.

Perhaps today is a great day. . . THE day. . . to leverage all the attention our culture is giving this film and sit down to talk with our kids. . . openly, frankly, seriously, and honestly. . . about the very real pull, power, and dangers related to pornography use.  .  . to talk about what it will do to us and what God is calling us to do with it. (Click here for a resource you can use to get the discussion started)

The great Reformer Martin Luther once famously said, “You can’t stop the birds from flying over your head, but you can keep them from making a nest in your hair.” That’s a clear and powerful picture of the difference between the temptations we face and the sins we choose. I pray that this weekend, none of us will have allowed pornography to nest on or in our heads.

Because of my own brokenness, I’ve learned to constantly remind myself that every time I make a choice, I’m choosing sides.

Which side will it be this weekend? The Gospel offers so much more!

To learn about helpful resources on pornography and sexual integrity from CPYU, click here.

To read a helpful article, “Sexual Sanity for Women in a World Gone Mad,” click here.