“Can’t you see what’s happening around you and to you?” Good question. How would you answer?

Because history tells us that we typically don’t recognize the fall-out from our believing and behaving until we are paying the consequences of that fall-out, we need to be constantly on alert as to how and where the winds of change are blowing us. In a visit with our Gordon-Conwell Doctoral cohort two weeks ago, theologian David Wells asked this: “We don’t think about what happens to people who live in a modernized context. We love the benefits. But is there a cost for it?” Another good and timely question that serves as a wake-up call.

The reality is that ideas matter. Culture matters. Behaviors matter. Forms matter. They have consequences that are realized in individual lives, families, communities, churches, and cultures. The great risk is that if we aren’t paying attention, our selves, our people, our communities, our institutions, and our churches will live with ignorance downstream from culture.

One of the gravest errors we make is to live thoughtlessly in the moment, believing that “it’s only the air and space immediately surrounding me that matters”, and then we lose ourselves and our way in an effort to find ourselves and our way. Yes, followers of Jesus are called to “lose yourself.” But that losing needs to be into the Kingdom of God, rather than into the spirit of the times.

This morning, I was reminded once again through a Facebook post of Steve Turner’s poem about what’s happened to us. It’s title: “Creed”. The poem captures who and what we’ve become, helping us to see what’s happening around us and to us. Give it a read. . . and then listen to Ravi Zacharias read it as well. . . 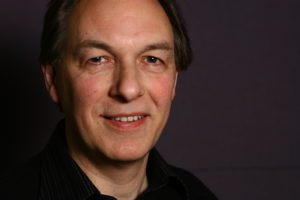 We believe that everything’s getting better
despite evidence to the contrary.
The evidence must be investigated.
You can prove anything with evidence.

We believe there’s something in horoscopes,
UFO’s and bent spoons;
Jesus was a good man just like Buddha
Mohammed and ourselves.
He was a good moral teacher although we think
his good morals were bad.

We believe that all religions are basically the same,
at least the one that we read was.
They all believe in love and goodness.
They only differ on matters of
creation sin heaven hell God and salvation.

We believe that after death comes The Nothing
because when you ask the dead what happens
they say Nothing.
If death is not the end, if the dead have lied,
then it’s compulsory heaven for all
excepting perhaps Hitler, Stalin and Genghis Khan.

We believe in Masters and Johnson.
What’s selected is average.
What’s average is normal.
What’s normal is good.

We believe in total disarmament.
We believe there are direct links between
warfare and bloodshed.
Americans should beat their guns into tractors
and the Russians would be sure to follow.

We believe in the rejection of creeds.

Maybe our most urgent prayer should be this. . . “Lord, open our eyes, our ears, and our hearts so that we might see the errors and pitfalls of our ways.”