When you’re a kid, the prospects for happiness and fulfillment seem endless. There’s a yearning for the accumulation of experiences and material things. . . all of which, at some point, we believe will allow us to rest our heads on our pillows at night with a sense of satisfaction and completeness that is permanent.

“If only I could have this thing or do that thing. . . ” It’s as if securing “this” or “that” will put us across the finish line of whatever race it is that we’re running.

What I never really understood when I was living through that first third of my life was that 1) there was a reason for my yearning, and 2) there was a futility to what I believed would satisfy it. The yearning was placed there as a part of the very essence of my humanity by the One who made me. And, the yearning was always going to grow and never be satisfied until I realized that it was only the One who made me who could and would ultimately fill that hole in my soul that was ultimately yearning for Him. 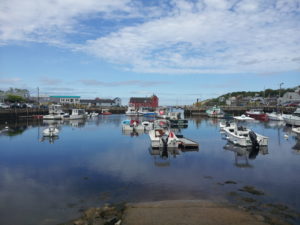 I was pondering this as I drove home from our family vacation last week. We had visited one of the two places on this earth that have become go-to-favorites for me. I am somehow drawn to these places. One has been my Facebook cover photo for years now. It’s as if there’s an “X” on the spot where I got to stand in Rockport, Massachusetts. I take it all in (sight, sound, smell), and never get enough of it.

The other is the lake in western Maryland we’ve been frequenting (thanks to the generosity of a friend) for the last fourteen years. The highlight is our late night jaunts from one end of the lake to the other as the sun goes down. That 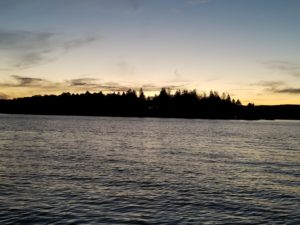 too, is a multi-sensory experience that a photo captures in just a little way. We’ve done it enough that I can almost feel the cool evening ear, see the sun disappear, and smell the smoke from firepits that settles on the still water. It’s awesome.

From time to time I dream about what it would be like to live at either spot. As I dream, I ponder how wonderful it would be. . . and sometimes allow myself to fall into the trap of believing that “if only. . ” I would then somehow be satisfied and never yearn for anything else again. But then, thank goodness, the reality of my Creator’s desire for me to yearn ultimately for Him while enjoying the temporary joy of His created gifts hits me.

Is it disappointing to me? Not anymore. I know that what fills my senses at these two favorite spots offers a quick peek at what will be unimaginably so much better when I get to experience the joy of final redemption and the restoration of all things. I sometimes imagine that my home will be at one these two places. If not, I’m sure I won’t be disappointed because where I will be will be beyond my wildest dreams and imagination.

The place where we stay at the lake is in a small community where each beautiful home is marked by a sign at the edge of the road. Most of the signs are marked with the last name of the homeowner. But as I was driving through the quiet of the neighborhood last week I noticed one sign that I had never seen before. I know nothing about the owners or what drives them in life. What I do know is that they got it right when they named their little piece of heaven on earth this. . . 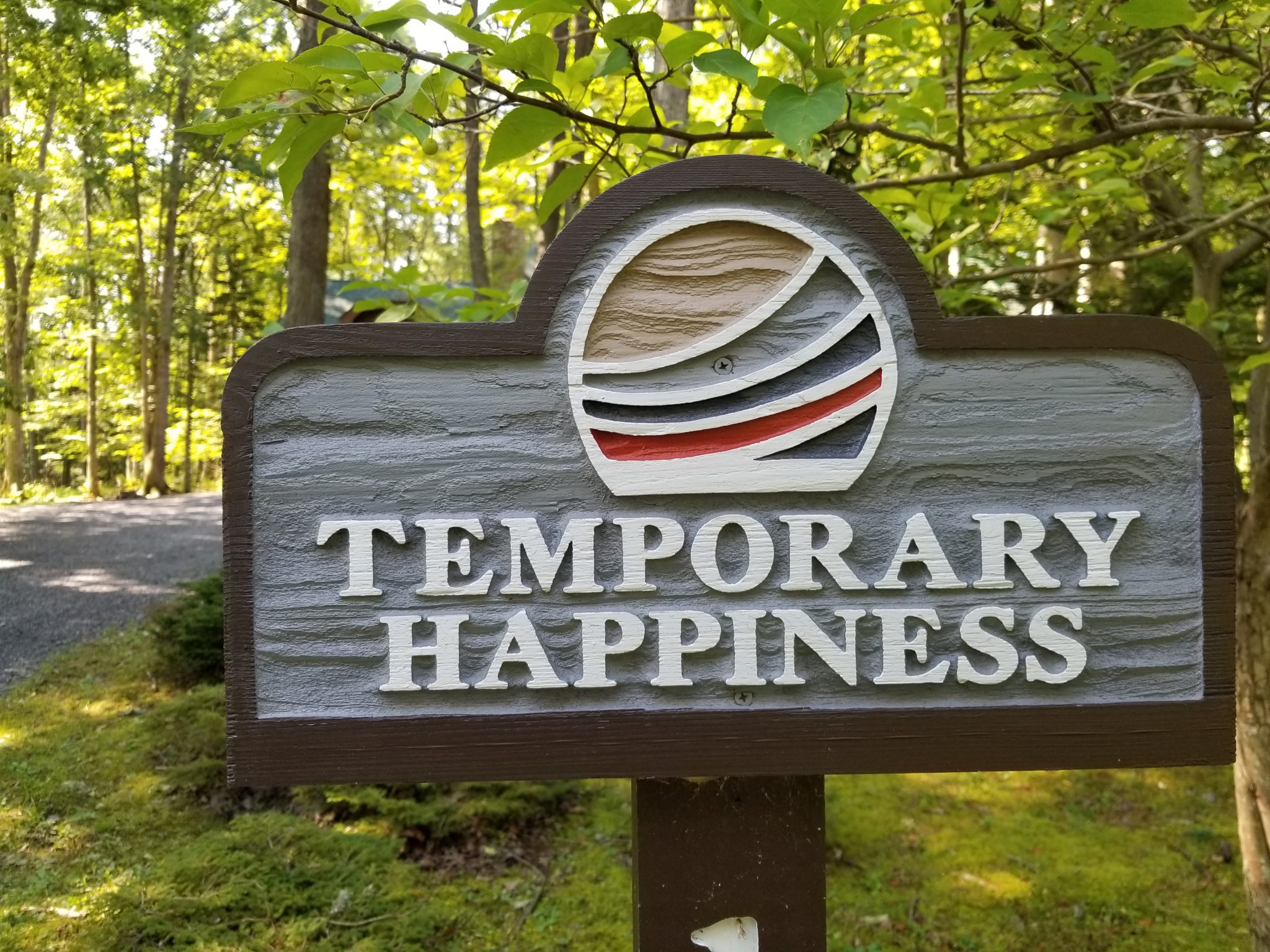 And so, we must direct our yearnings only to the One who made us. . . knowing that one day. . . one day. Until then, we need to keep it all in perspective, never allowing ourselves to be fooled into believing that the things that point to the destination, are the destination themselves.