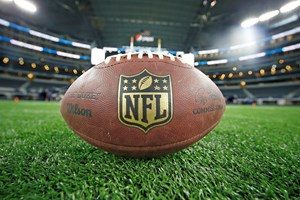 First, while I have been trying to deny it to myself, I have found my interest in football waning. The college game has become a fashion-show, a business venture, and a stage for entitled posturing that once used to be limited to the professional ranks. I’m not watching college football much at all any more. The professional game is off-the-charts in terms of a swing towards ego-trumpeting, arrogant swagger, and privilege. (Odell Beckham’s end-zone canine impersonation is just one example from yesterday). Yes, there are many men playing the game who are playing it with humility. But their efforts, sadly, are being eclipsed by those who are full of themselves. I’m getting frustrated and worn out by it all. And for me, the mounting body of research regarding brain injuries in sport (Chronic Traumatic Encephalopathy) doesn’t bode well for football at all levels. Still, as a fan, I hold out hope!

Second, someone asked me this morning what I thought the “Christian response” is to the events of the weekend. I found myself responding with one word: “silence.” What I was referring to is a verbal silence that disciplines itself into not making noise simply to add noise to the conversation. Whether we are on the sidelines or on social media, the fact is that all of us have been given a platform to steward well. Typically, we do the opposite. I’m afraid that our default position is increasingly to jockey for attention, likes, and the building of our own personal “brand.” As I’ve told youth workers for years, “You are not a brand. Don’t live like one.”  Instead, I would advocate for a voice that humbly and quietly pursues Christ-like grace, mercy, holiness, and justice,  wherever one happens to be and without desire to draw attention to one’s self. I’m afraid that both in and outside of the Body of Christ we are living lives that seek out opportunities to make boatloads of noise with less-and-less to back it up. Remember what Isaiah said about Jesus. . . “He had no beauty or majesty to attract us to him, nothing in his appearance that we should desire him.” Perhaps the best “Christian response” is to do like Jesus. . . curate your own life and actions for the audience of One.

Finally, I take great comfort in these words from the Psalmist as he asks the question, “When the foundations are being destroyed, what can the righteous do?” The answer doesn’t come in a how-to, but in a statement of fact: “The Lord is in His holy temple; the Lord is on His heavenly throne.”