Something hit me last Wednesday night when I was speaking to a group of parents, grandparents, and youth workers in the Philly area. I was presenting some of our No Parent Left Behind material and we were in the midst of talking about teenage physical development. We focus on the changes in the body, and the emerging God-given gift of sexuality. I was contrasting the cultural message on sex and sexuality with the biblical message on sex and sexuality.

I put up a photo I’ve been showing since 2005. That’s the year that MTV launched their “It’s Your Sex Life” online sex ed campaign. I downloaded the pdf educational booklet. . . It’s Your (Sex) Life: Your Guide to Safe & Responsible Sex. . . and read it. While the book didn’t promote anything that would have been labeled as “criminal behavior,” it would endorse beliefs and behaviors that land way outside the freedom-giving borders and boundaries set by the One who created sex and sexuality. . . then declared it “good!” When I show the cover of the booklet, I mention the booklet’s main thesis statement. . . “Fundamentally, it’s your body and it’s up to you what you do with it.”

Back then, I remember speculating out loud to folks about the fruit this notion would bear. It wasn’t rocket science. It was just common sense. Preach that “it’s up to you” message in a world of hypersexualized imagery, a world that has lost its moral compass, and a world that sees expressive individualism as virtuous, and you have cultivated soil that is fertile ground for all kinds of sexual aggression. Let’s be honest, if you grew up in the 60’s and 70’s the pressure was already there. The children of the 80’s and 90’s swam in even more of this stuff. And for the kids growing up in the 21st century. . . well, use some common sense.

So. . . here’s what hit me last Wednesday night when I look at that slide I’ve been using for 12 years: What you’re seeing as the adult behaviors (alleged and admitted) of guys like Spacey, Moore, Louis C.K., and Weinstein. . . well, there might be a day when the number of aggressors will be greater, the depth of the aggression more perverse, and the pushback far less or even non-existent. Is it possible that this kind of stuff might even be seen as neutral or even virtuous? Quite possible. Quite possible. Will it be in ten years? Five years? Less? 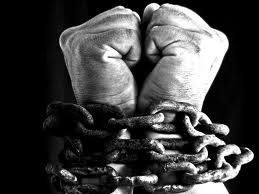 Youth worker and parents. . . are you tracking with what’s happening in the news and how that reflects what’s happening and been happening in the culture? If not, you’re missing it. What you’re also missing is the call to address this stuff from the time kids leave the womb for the simple reason that from the time they leave the womb the culture is catechizing them on the purpose and place for sex.

The non-stop news cycle on this has given us a golden opportunity for discussion. Take it. . . and run with it. The only way to shift the spirit of the times is to come at it with the truth on sex and sexuality. I need to hear it. You need to hear it. And, our kids need to hear it.

If you want to learn more, visit our Sexual Integrity Initiative.