It couldn’t have come fast enough. . . the birth of our first child, that is. Thirty-five years ago we learned that “we” were pregnant. As the anticipation built as fast as my wife’s belly grew, I spent countless nights laying awake and pondering the joy that was to be ours when our daughter would finally arrive. But my day and nighttime dreams anticipated much more than her arrival. I thought about all of the joy-filled years that would follow. In essence, I created a parenting narrative full of joy and absent of any sorrow. And upon her arrival on December 1st, 1983, I couldn’t take my eyes off of her. For what seemed like that entire first night I kept staring at our little bundle while thanking God over and over for this undeserved gift. 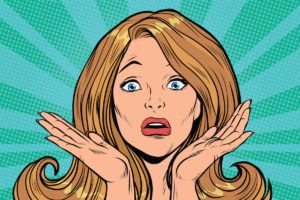 Since that night in 1983, our family added three more children. And now, two of those children have given us the gift of five grandchildren. And while each successive little bundle has increased our joy, I’ve also learned that my expectations about parenting haven’t even come close to what raising kids is really like. And if you’re like me, you too anticipated in your mind what the future would hold after arrival of your children. But that early-on view of parenting is really quite different from what it is found to be as the years unfold and we are engaged in it. In fact, the wonder and awe I experienced when I first held my daughter and asked God, “What did I do to deserve this?!?” quickly changed to a request for an explanation when in later years difficult parenting moments would lead me to utter the same question, but with a pleading tone!

Way back in 1774, the hymnwriter and clergyman John Newton wrote a letter which I recently stumbled upon and read. Newton’s words of wisdom to a younger pastor hit me hard as I thought about how my original parenting narrative shifted into a parenting narrative willed to me by God. Newton wrote, “The young soldier, who has never seen and enemy, may form some general notions of what is before him; but his ideas will be much more and lively and diversified when he comes upon the field of battle. If the Lord was to show us the whole beforehand, who that has a due sense of his own insufficiency and weakness, would venture to engage?”[1]

Yep! God in his grace won’t pull back the curtain to reveal our parenting futures all at once. If he did, many of us might cave to fear and choose to not to have children in the first place! Rather, he promises us that when he gives us the gift of children (Psalm 127) he will also give us the gift of needed grace to navigate the inevitable joys and sorrows we will face as parents. As Newton went on to write in his letter, “It is a good and noble cause, and we serve a good and gracious master; who, though he will make us feel our weakness and vileness, will not suffer us to sink under it, His grace is sufficient for us; and if he favors us with an humble and dependent spirit, a single eye, and a simple heart, he will make every difficulty give way, and mountains shall sink into plains before his power.”

I don’t know about you, but I wouldn’t want to nor could I parent any other way!