No. . . this isn’t a political post. But it is a post about our ongoing predictions and reactions to political events. . . and just about anything and everything else. . . through social media.

This morning I’m starting my day in a hotel before I fly home. As I’ve been getting ready I’ve had the TV on. You can guess what’s spewing out of the screen. . . from both sides and everyone in between. I’ve also fired up my laptop and gone online only to see the same thing.

As I’ve watched and listened for just a short time what’s come to mind is something I passed on to my new friends here in Hattiesburg, MS as we spent the better part of yesterday talking about kids, parents, and social media. . . which by the way is a platform with great potential for good and for bad. As part of my presentation yesterday I walked them through the set of wise guidelines I read from Alan Jacobs about a year and a half ago. I blogged on them then, and I’m going to share them now. . .

Regrets. . . I’ve had a few. . . well, more than few. The older I get, the more I realize that my default setting is to be and do in ways that lead to a hindsight oftentimes filled with regret. There are far too many thoughts that have gone straight from my brain to my mouth without stopping for a layover in the holding tank of discernment and common sense. I truly hope that just an increased level of awareness has helped me get better at self-control. . . especially when it comes to being quick to listen and slow to speak (James 1:19).

To say that I’m not alone in this is not to diminish my own responsibility for myself by excusing these tendencies away by saying, “Well. . . everyone else does it!” Sure, that’s true. But my permission can’t come from the crowd. There’s a higher, counter-cultural standard we’re called to when we’re people called by God to be His followers.

Grasping this is essential to our spiritual health and advancement of human flourishing, especially in a world where technology and social media have afforded us opportunities to jump straight from brain to fingers without even a second of hesitation. And in today’s world, we’re encouraged, expected, and nurtured into spewing out whatever comes to mind whenever it comes to mind in reaction to anything and everything on our nation’s conscience. We sacrifice prudence, humility, and good judgment because, God forbid, we aren’t heard in response to the issue du-jour.

Social media has become the playground kickball game of our childhoods. . . we don’t want to be picked last nor do we want to be left out of the game. Consequently, even though we have no idea what we’re doing when we’re out on the field, we still need to play. 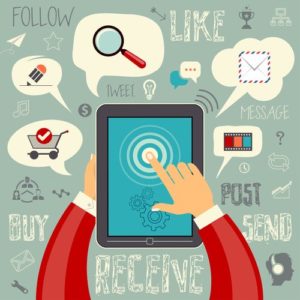 So. . . for example. . . when the difficult and complex issues of racial injustice, or the actions of sports figures, or a horrifying mass shooting occur, we have to weigh in with something – no matter how poorly thought out or not even thought out at all – so that we aren’t left out of the game. Have you tracked with social media lately? The dust doesn’t even start to settle, the facts are not known, we’ve taken no time to ponder, and we’re typing away with our fingers and thumbs because we want to be seen and heard as relevant.

In the days following all the back-and-forth between our President, NFL players, and everyone else, I read Alan Jacob’s great piece, “I’m Thinking It Over.” Jacobs writes, “The internet is also a mugger, but what it demands is not my money but my attention and my reaction, and it wants them right now. And ‘I’m thinking it over’ isn’t an acceptable response.”

I know this to be true because on several occasions I’ve had people publicly (on social media) and privately (instant messages) criticize me for saying nothing. Reality is, my silence could be rooted in a desire to know more (rather than relying on the reliability of news outlets), a desire to ponder things with some good sense (I hope), a desire to keep from spewing ignorance (there’s already far too much of that out there), or not really having anything to say that adds to the conversation. After all, each of us has a limited amount of time in our days. I don’t need to fill or waste your time with social media posts that only make noise. . . especially when I have absolutely no idea what I’m talking about.