Back in the summer of 2016, 17-year-old teenager Felix Alexander took his own life. Since then, his mother has dedicated her life to helping other parents understand the role that social media plays as the new “playground” for cyber-bullies, and the role cyber-bullying plays in making an already difficult transition from childhood to adulthood that much harder. 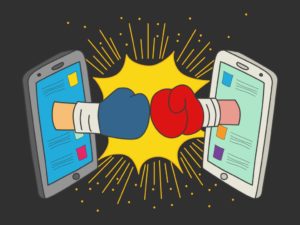 Lucy Alexander says that once the already isolated and excluded Felix’s peers began spending time on social media, the 24/7 barrage of anonymous negative comments began. Sadly, Felix wasn’t even on a computer or smartphone at the time. He simply knew that negative things were being said about him by people he knew. . . and even people he didn’t know. He was called a “black rat”, “ugly”, hated by everyone, and other nasty things.

We need to realize that bullying is more pervasive and powerful in today’s world. In the old days, traditional bullies would ply their trade on the playground or in the neighborhood. If you were on the receiving end of their taunts, you could find relief and refuge in the comfort and safety of your own home. Now that our kids spend less and less time outside and more and more time “living” in the virtual online world, bullying has taken on new forms with increased intensity that continues around the clock. A nasty note passed around the classroom stayed in the classroom and was seen only by the hands it touched. Now, that same note can be posted online and go viral – through the school, the community, and the world.

Cyberbullying occurs when a child or teen intentionally intimidates or sends unflattering or hostile messages or threats via digital media to another child or teen or about another child or teen in order to harass, hurt, stalk, frighten, extort, humiliate or harm that person. Cyberbullying always involves minors. If an adult is involved, the behavior is then classified as cyberstalking or cyberharassment. With more and more of our younger kids now venturing onto the digital frontier, cyberbullying is increasingly prevalent even at the elementary school level.

Here are five steps you can take with kids to help prevent cyberbullying.

In today’s world, sticks and stones aren’t the only thing that hurt. Words hurt too. . . and they hurt badly. Keep an eye on what kids are doing online and be sure to instill in them a deep respect for the words of Ephesians 4:29: “Do not let any unwholesome talk come out of your mouths, but only what is helpful for building others up according to their needs, that it may benefit those who listen.”

Finally, as Lucy Alexander recommends, “From the moment you give your child a phone, you need to have a conversation running with them all of the time, what they are doing, who they are doing it with and what platforms they are using.”

(For more information and helpful resources on cyberbullying and to download a free copy of A Parents’ Guide to Cyberbullying, visit our Digital Kids Initiative.)