Like you, I saw the headline a few days ago: “A U.S. first? Massachusetts city votes to recognize polyamorous relationships in domestic partnership policy.”

The headline took me back a few years to some things we had written and recorded on this growing trend toward polyamory moving in our culture from vice to virtue. Specifically, we took at look at Polyamory back in the October 2014 edition of our monthly CPYU Parent Page. Here’s what I wrote. . .

Last March, an article in Rolling Stone magazine caught my eye. . . and made me grieve. Alex Morris reported on “Tales From the Millennials’ Sexual Revolution” and some troubling values, attitudes, and behaviors that are becoming normalized among our kids as they transition into adulthood. 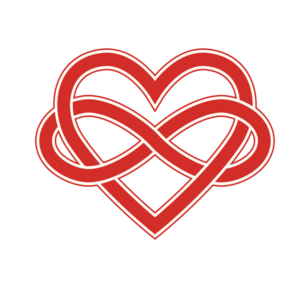 Unlike the traditional understanding of monogamy where a man and woman are joined together and pledge their faithfulness to one another in marriage, this new monogamy exclusivity really isn’t about exclusivity or faithfulness at all. Rather, partners enter into a marriage, or even cohabitation (who gets married anymore?), with a “primary partner.” Then, they share and even celebrate the understanding that there will also be one or more “secondary partners” who are willingly and openly embraced and acknowledged. Why? Because the “primary partner” will not be able to meet all of one’s emotional or sexual needs. Sure, a version of this has been around for a long, long time. But it used to be called an “affair,” “cheating,” “adultery,” or just plain old “sneaking around.” Now, it’s being called “normal.”

Our culture is moving closer and closer to full-scale acceptance and normalization of what’s known as “polyamory.” The word combines the prefix “poly”- meaning “many or several” – with the Latin word for love, “amor.” In other words, those who embrace polyamory believe in having several emotionally and/or sexually intimate relationships at one time, and doing it all out in the open, with the approval of everyone involved. After all, if its no longer seen as a vice but now a virtue, there’s no reason to even consider hiding anything. This takes the commonly accepted practiced of premarital promiscuity and amps it up to new levels, where it’s not only something that’s expected and celebrated before marriage, but is now accepted and celebrated after marriage. In other words, your kids are now swimming in a cultural soup where relational and sexual faithfulness and exclusivity in marriage might soon be seen as an archaic throwback to a time that was . . . well. . . just plain old-fashioned.

Whether they call it polyamory or not, every one of your students will encounter this trend, and some will even embrace it. How can we equip our students to think about and respond to  polyamory and the new monogamy to the glory of God through being faithful to God’s will and way?

First, you need to talk about the new monogamy. Don’t ignore it or hope it will go away. Engage with your kids as you label, define, and describe polyamory and the manner in which it is sneaking into our culture.

Second, set the bar high for marriage. As Christians, we must always return to God’s Word if we hope to understand his design and intent for the institution of marriage. Marriage is a an exclusive covenantal union between one man and one woman.

And finally, bring the light of God’s Word on marriage to bear on this new understanding of monogamy. Help them to critique the new monogamy to help them see how far it falls short of God’s design for love, sex, and marriage.

I’ll be sharing more perspective on marriage that we can teach our kids in coming days. Stay tuned.