I’m a bit uneasy these days. Are you? We are horribly divided in so many ways, and I’ve had a growing inkling for several months that on November 4th of this year, all hell is going to break loose. It won’t matter which side wakes up happy. The other side is going to be incredibly angry. And judging from our inability to carry on a healthy and civil conversation in the midst of our disagreements, the form that “canceling” takes in culture might morph into something much more ugly than it already is.

Our political climate is just one symptom of the more deeply rooted clash of worldviews taking place. 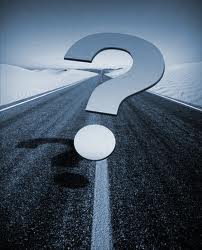 Even though he’s been dead and gone for over 36 years, Francie Schaeffer continues to speak with keen cultural discernment into the spirit of our times. . . or as the Apostle Paul referred to it, the course of this world. A group of us have been revisiting Schaeffer’s 1977 film series, “How Should We Then Live?”, on Amazon Prime through our CPYU Reading/Discussion Facebook Group. Last night I watched Episode 5 – The Revolutionary Age.

In this episode Schaeffer looks at the what happened in Western Civilization as a result of the Reformation. He tracks two foundational paths that cultures took at the time. He contrasts not only their basic presuppositions, but the fruit that resulted. I couldn’t help but think that Schaeffer was describing with great accuracy our own cultural moment in 2020. . . and the possibilities that are ahead.

One post-Reformation way of living in the world was based on a result of the Reformation. . . an understanding that the Bible provides a basis for looking at, understanding, and living all of life. The Bible is seen as the final authority. People are understood to be inherently sinful and in need of redemption. Society and lives were built on a belief in the absolutes contained in Scripture.

The other post-Reformation way of living in the world was based not on Reformation principles, but on Humanist principles. Human reason becomes the supreme authority. Since humans are finite beings, there really is no shared basis for absolutes or definitions of right and wrong. There is only the individualized human-centered autonomy. Christianity is pushed aside.

Before saying something about where these two worldviews ultimately lead in terms of human life, something has to be mentioned about Schaeffer’s critique of the post-Reformation church. . . because it clearly applies to life in today’s world. Over time, the church morphed into a lack of integration of faith into all of life, resulting in two area where Christians and the church did not act consistently and the Bible was not followed. First, there was a twisted view of race, which typically served as a justification for slavery. And second, there was non-compassionate use of wealth. Schaeffer does say that there were individual Christians who vocally lived counter-culturally on these two matters, pushing for reform. But by and large, the church remained silent. There are lessons to be learned here that should be applied today.

But what about the end result of the two paths taken during the Revolutionary Post-Reformation Age? The path built on the foundation of God’s Word resulted in freedom. Granted, not applied consistently and for all. But governments founded on the Reformation principles embraced the concept of freedom. The path built on humanist principles went in one of two directions. It either resulted in anarchy or repression.

Earlier this week I watched the Netflix film, “The Social Dilemma”.  Have you seen it? If not, watch it. You’ll quickly see the connection between Schaeffer’s analysis from 1977, and how we are allowing AI and Humanist principles to shape us today.

Yes, we are called to know the times and to function as salt and light in this dark and decaying world. And, we know that wherever it is we are headed, God will be with us.

Lord, teach us how to live to your glory.