The punches in the gut keep on coming. Once again, the last few days have seen more hidden horrors come to light in the Ravi Zacharias story.

Last week, Christianity Today ran their latest update under this headline: “Ravi Zacharias Hid Hundreds Of Picture Of Women, Abuse During Massages, and a Rape Allegation.”  In the wake of this latest story the internet and water-coolers have played host to countless conversations, speculations, and conclusions. . . some of which we’ve been able to listen in on.

Among the many varied responses there are those who see this as an opportunity to demonize men in high profile ministries as abusers of power. One man like this is way too many. And, we would be foolish to think there aren’t others. . . a fact which has been proven several times over the last few months. We should know better than to say “always” or “never” when speaking about people groups of any kind. . . but we should always be aware that there are never any who are perfect and at the very least, the seed that took root and grew in who-knows-how-many-directions in Ravi Zacharias’s life is always present in us all. 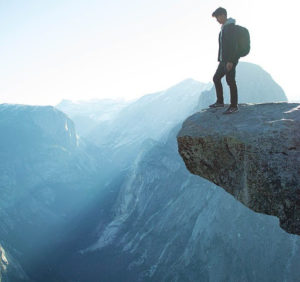 Others have taken the opportunity to lean dangerously close towards the error of writing this off. . . as if Ravi Zacharias should be judged on the scale that leans in the direction of the good things he has said and done, rather than on his serial abuse of women. I’ve even heard some say that 50 or 60 years ago people would have looked the other way  at Ravi Zacharias – much like people did with high-profile folks like JFK and MLK – and we should do the same. But what he has done is inexcusable and writing it off only multiplies the horrific fallout in the lives of those he victimized.

There is far more at work in this story than can be fully understood or commented on in even remotely adequate ways here. But as I think about myself and my thousands upon thousands of peers in ministry, three things come to mind.

First, sin is lurking at the door. . . and its desire is for you and for me. If you have any kind of accurate notion of your own broken humanity there needs to be no explanation or qualifier here.

Third, we each need to recognize that we stand at the edge of the precipice. . . perhaps even closer to the edge than we think if we somehow convince ourselves we aren’t anywhere near the edge. Earlier this week David French released some thoughts in his compelling piece on the Ravi Zacharias story. It was titled, “You are only one step away from complete and total insanity.” The best and the brightest people I’ve known and know in ministry have all said this same thing in one way or another. I think that if you refuse to believe it, you might actually be only a half step away from complete and total insanity.

There’s so much at play in this story. . . more than you or I know or even imagine. But I what I do know is that a good close look in the mirror is required.