When I was a kid, I loved breakfast. . . especially when I knew that a sweet and sugary cereal treat packed in a brightly-colored kid-friendly box was waiting in the cabinet. Some of my favorites were Captain Crunch, Fruit Loops, Frosted Flakes. . . really anything coated in sugar that had been pummeled into my childlike repository of desire through endless TV marketing featuring animated characters promoting the brand. Eating breakfast was a childhood ritual that included setting up the box just beyond my bowl so that I could read away while filling my belly. 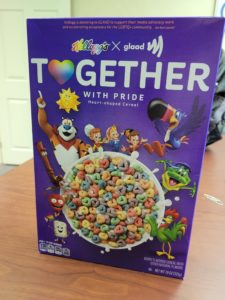 That same breakfast ritual is regularly indulged by kids in today’s world. Of course, there’s more variety and choices, including “limited edition” cereals, the presence of which reveals just how easily we’re influenced by marketers who are masters at pushing our buttons. This week, just in time for June and the arrival of LGBTQ+ Pride Month, even breakfast foods are now working to increase their market share by tapping into, reflecting, and promoting the cultural winds of the day. This week, Kellogg’s, a long-time player in the breakfast cereal game, introduced a heart-shaped edible-glitter-infused rainbow colored limited edition cereal called “Together.” I haven’t tasted “Together” yet, but I’m guessing it’s a spin on Fruit Loops. . . which means the kid still living in me would love it!

Yesterday I picked up a box at the local grocery store. I’ve carefully read the front, back sides, top, and bottom of the brightly colored box. I’ve imagined kids sitting as I once did, eating breakfast to feed their bellies, while also digesting the messages on the box. Here at CPYU we’ve always said that the culture is catechizing our kids 24/7. There’s media, marketing, the peer group. . . and for the last couple of decades, the rapidly growing influence of the online world and social media. Kids are vulnerable and very impressionable. What that means is that even a simple 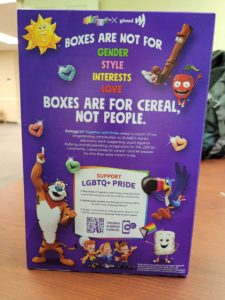 thing like a cereal box can define reality for them. . . shaping their understanding of personal identity, who to be, and what to believe. Combine that one cereal box’s message with all the other affirmative messages they hear about sexual and gender freedom, and the bar has been set on what they believe about how to live in today’s world.

Here at CPYU, we believe that the Creator of the good gifts of sex and gender has a plan. . . a design that when lived into, promotes human freedom and flourishing. . . something we desire for all people, both young and old alike. We also know that we live in a broken world where that brokenness extends to all human beings, resulting in disordered sex and gender desires. Sadly, while the Scriptures encourage individuals to live into God’s design, the soup of today’s culture encourages individual autonomy, sovereignty, and freedom on these wonderful God-given aspects of our humanness.

As we get ready to launch into LGBTQ+ Pride Month, we want to encourage you to know God’s design, live into God’s design, and teach God’s design. We do so not because we hate, or judge, or demean others. Like Jesus, we need to view ALL human beings regardless of choices, situations, or commitments as divine-image-bearers, filled 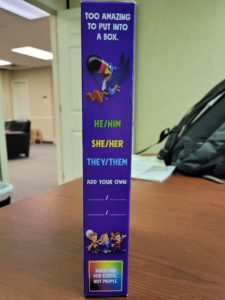 for that reason with immeasurable value and worth. When I look at you and you look at me – broken as we both are – we need to see that inherent value, dignity, and worth. And, like Jesus with the woman at the well, we need to balance truth and grace, loving each other enough to encourage each other out of living into our sexual brokenness, and into the sometimes-very-difficult yet joy-filled-freedom of God’s design.

To parents and youth workers, we believe that whoever has the conversation about sexuality and gender first sets the bar for what is true. Everything else will be evaluated in comparison. Don’t let a cereal box, a doll, a lego set, or a potato head family be the first to educate your kids. June will be a month filled with messages and memes about sexuality and gender. What message will you communicate? Will you even attempt to communicate a message? The culture will be speaking 24/7. How about you? I have been increasingly saddened  by the deliberate unwillingness of many parents, youth workers, churches, and youth ministry organizations to know and teach a historically orthodox biblical view on sexuality and gender. Are we afraid of losing friends, income, or market share? Are we afraid of alienating others who might think differently? I would encourage you to rethink your approach if that is you, your church, or your organization. God has given us a golden opportunity in this cultural moment to show our love for him and others by leading them into the truth.

To help you get started in this task, I want to direct you to our online Sexual Integrity Initiative. It’s loaded with all kinds of free resources you will find helpful as you engage with kids on matters of sexuality and gender.

I also want to share a perspective from someone who has wrestled through this personally. Avera Maria Santo is same-sex attracted. And, she’s a devout Catholic who desires to embrace and consistently live out her faith in all areas of life. As a blogger, she’s been vulnerable, inviting others into her very real struggles. As a struggler, she’s all of us. Everyone of us has our own thing or things that gnaw at us. . . constantly reminding us of our brokenness, depravity, and need for God. It’s not easy. As a same-sex attracted struggler, her vulnerability speaks generally to all of us, offering theologically sound insight into sin, grace, and obedience. Her vulnerability speaks specifically to those among us who deal with all types of sexual brokenness and the resulting struggles. . . which in actuality, is all of us.

I recently ran across Santo’s letter to the Bishops of the Catholic Church on homosexuality and youth which was reprinted in the Winter 2018 edition of Salvo magazine. It was so compelling that I read it several times over. And, it was so compelling that I pass it on to you below. As a deeply broken human being myself, I was struck by several phrases that remind me of the true cost of discipleship and what it means to be confronted by the truth no matter what the nature of our “thing”. . . “I’ll admit it, I didn’t like what I heard, but I knew it was what I needed to hear. . . Man is only truly free when when he can choose to do as he ought, not simply as he wants, for the things that we may want aren’t always good for us.” 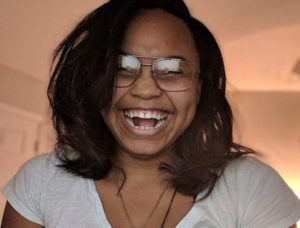 When I was made aware of the efforts being made by pro-LGBT groups trying to persuade Catholic Bishops to change Church teaching on homosexuality, specifically at this year’s Youth Synod, it devastated me.

As someone who has not only grown up in the Church, but has also come to love her and her teachings for myself, I would hate to see her teachings altered in any way, especially in a way that could cause such a grave amount of damage.

I wish then to lay my heart bare, and to share some of my story and my convictions with you, dear Bishops of the Holy Catholic Church, and plead with you to keep the Church’s teachings on homosexuality good, true, and beautiful.

I am a 22-year-old young Catholic woman that experiences same-sex attractions. While I was growing up, I heard very little, if anything at all, on homosexuality, even though I attended Catholic school from Pre-K – 12th grade.

When I finally came to terms with the fact that I was romantically interested in other women, it terrified me. I didn’t know where turn, who to speak to, or if I could speak about it at all! The fear paralyzed me into silence for quite a while.

As time went on, I began to learn more and more about the teachings of the Catholic Church on homosexuality, and for some time, I didn’t understand them. I wasn’t sure what the words “objectively” and “intrinsically disordered” meant, and truth be told, I had the feeling that I didn’t want to know. It wasn’t until I was around the age of 20 that I finally began to understand.

I’ll admit, I didn’t like what I heard, but I knew it was what I needed to hear.