It’s been just a couple days over a month since the Champlain Condo that sat beachside in Surfside, Florida crumbled to the ground in just a matter of seconds. When I heard and then saw the news early on the morning of June 24th, my heart sank. It was horrifying to look at and then ponder. There was the video of the actual collapse. And then there was the pile of rubble. I thought about the victims, their families, and then the first-responders and other rescue workers who were and have been tasked with the unimaginably gruesome task of sifting through the rubble. The whole thing has served as a unmistakably clear reminder that our world is broken, it’s not the way it’s supposed to be, and it is groaning for healing.

But there was something else that jumped immediately to mind as I stood watching the news. I told my wife about a conversation I had had 40 years ago with someone who saw this coming. I was reminded that while the Champlain Condo collapsed, it did not happen without warning. “Neil Frank said this was going to happen,” I soberly told Lisa.

Forty years ago this month I moved to Miami to serve as a youth pastor (a stint that was not only short, but used by God in some powerful direction-clarifying ways in my own life. . . which is another story for another time). While there, one of my greatest supporters and advocates at the church was one of the most interesting men I’ve ever met in my life. Dr. Neil Frank was the Director of the National Hurricane Center and a familiar face nationwide whenever hurricane season arrived and would dominate the news cycle. His drab olive sportcoat and ever-present crewcut was his distinctive look. Because I’m by nature someone who likes to fire questions (just ask my kids!), Neil Frank was an easy target as a source of endless knowledge as he would respond to my never-ending curiosity about what he had learned through his own vocational experience. 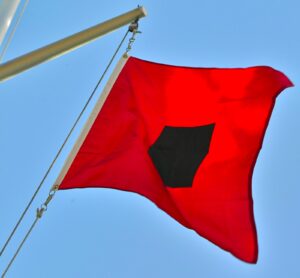 The conversation I remember  was his description of one of his off-season missions. He described to me what he was consistently seeing when he would survey the damage caused by a hurricane. Much of his focus was on beachfront erosion and what was exposed when the sand washed away from the foundations of the beachfront high-rise buildings that were popping up at breakneck speed all up and down the East Coast. Simply stated, he was seeing cracks and compromise in the foundations of those buildings. Consequently, he found himself on a mission to travel to beachfront towns, warning developers, builders, and communities that they were setting themselves up for disaster. Eventually, he said, buildings would begin over time to tumble down. Ironically enough, the Champlain Towers South condo was being built and completed at the same time we were having that conversation back in 1981. And whenever I pass through a beachfront community peppered with high-rise buildings erected on the foundation of ever-shifting sands, I can’t help but think that his passionate warnings continue to go unheeded.

Over the years I’ve thought about that conversation with Neil Frank whenever I read what Jesus said in The Sermon On The Mount. As Jesus brought his sermon to a close, he issued a strong directive and warning (Matthew 7:24-27). Those words became ingrained in the fabric of my being as I grew up singing and acting out that old Sunday School song about the wise man and the foolish man. . . a song filled with directives and warnings. Like all of us, the two men built their lives on the foundation of something. But the strength and endurance of their respective dwellings and their ability to withstand the inevitable storms of life hinged not on what could be seen above the ground line, but what was  beneath as the foundation. One built on rock. One built on sand. Both faced the same storm(s). One “did not fall.” One “fell. . . and great was the fall of it.” Simple and straightforward, isn’t it?

Have you ever pondered what it is that hangs in the balance here? Will the unchanging Word of God – both Incarnate and written – be our foundation for life? Or, will we build on the unsteady foundation of the ever-shifting cultural narrative as preached 24/7 both without and at times within (sadly) the church?