We can start by seeing them as God sees them. . . something we’ve often failed to do. One of the great truths of the Creation narrative is that all human beings are divine-image-bearers, thereby infused with God-given value, dignity, and worth. For the Christian, the directive to love summarizes the life and ministry of Jesus. . . a life and ministry we are called to emulate as His followers in all relationships where we’ve been placed to lead.

But in today’s world, it’s important to properly understand this word and how we use it: Love. Somehow and some way, love has morphed in our cultural narrative into encouraging those you love to exercise and indulge their personal moral freedom and choices according to their inclinations, feelings, desires, and intuitions. . . all under the authority of one’s self without ever considering the possibility that there might be any kind of transcendent being or authority outside of one’s self. This “you be you” love is what might be called a “John Lennon/Beatles type-of-love” (“All You Need Is Love!”), rather than the kind of love God shows to us and calls us to live. Many of us had parents who answered our protests to their borders, boundaries, and discipline with this truth: “I’m doing this because I love you.” Yeah, right. My juvenile self had a difficult time swallowing that line of reasoning since, after all, I knew what was best for me. . . or so I thought. My adult self not only appreciates that kind of upbringing, but out of my love for my own kids I did the same. 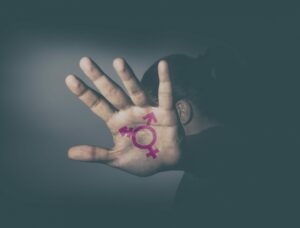 Over the course of the last couple of years, I’ve heard more and more professing Christian believers call for a type of love-marked action that is more guided and downstream from the culture, than it is guided and downstream from Biblical guidelines and truth. While culture and church might use the same word. . . Love. . . it means something entirely different to each. The results of our leadership wind up looking markedly different as well. It’s a difference between saying “Do what you will’ and “Do what God wills.”

Of course, there’s so much more to it than that. But these thoughts came to mind when a friend of mine who happens to be a surgeon, sent me a recent blog post from Denny Burk entitled, “Who will speak up for the ‘transgender’ kid?’. Recently, I’ve heard a growing number of my professing Christian friends (parents, pastors, youth workers, etc) speak up for transgender kids with that “you be you” kind of affirmation. I find this deeply troubling and misleading as it in no way reflects God’s stated will for His image-bearers as contained in the biblical narrative from Genesis to Revelation. Because love and truth are inseparable in God’s grand and glorious design. . . and it’s the truth that sets us free. . . it’s always the most loving act to grace-fully state the truth where it has been forgotten or denied. That’s why I think Denny Burk’s words are worth considering.

Here’s what Denny Burk has written. . .

Ross Douthat has written one of the most pointed, prophetic paragraphs that I have ever read in a newspaper. He writes:

I will make a prediction: Within not too short a span of time, not only conservatives but most liberals will recognize that we have been running an experiment on trans-identifying youth without good or certain evidence, inspired by ideological motives rather than scientific rigor, in a way that future generations will regard as a grave medical-political scandal.

Which means that if you are a liberal who believes as much already, but you don’t feel comfortable saying it, your silence will eventually become your regret.

There is no question that Douthat is right about the destruction that so-called “gender affirming care” is visiting upon the bodies of children and teens across the country. Gender affirming care requires parents and medical professionals to follow the instincts of children who are confused about their gender. Rather than helping children to resolve their psychological distress in a way that affirms their bodies, gender affirming care requires destroying a child’s body. This “care” can include blocking a child’s puberty, the infusion of opposite sex hormones, and sometimes destroying healthy reproductive organs through surgery.

As Douthat points out, the “science” does not support these interventions. Indeed, some studies show that blocking a child’s puberty has irreversible effects including stunting a child’s growth and causing them to have inadequate bone development. Opposite sex hormones not only cause bizarre changes to a child’s body but also cause psychological problems and can render a child infertile for life. And that is to say nothing of the barbaric surgeries that some of these children undergo. (Continue reading here. . . )

(If you ‘d like more information on a resource from CPYU that can help you train kids to navigate difficult cultural issues, consider leading them through a study of our latest book, A Student’s Guide To Navigating Culture. Learn more and order the book here. The book includes a helpful chapter on God’s will for gender.)