Boxer Muhammed Ali used to dance around the ring proclaiming to anyone within earshot, “I am the greatest!” It was funny because Ali had become a caricature of himself who was at heart an entertainer. But Ali’s show has morphed into reality for a generation of children and teens who are encouraged to dance through life loving and serving the idol of self. 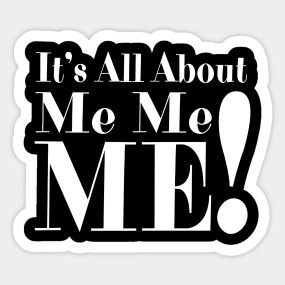 Our kids are growing up in a culture of narcissism. Narcissus is the youthful Greek mythological character who couldn’t take his eyes off his own reflection. Self-absorbed, his world revolved around nobody or nothing but himself. In the end, his self-love led to his death. Researchers at San Diego State University who have tracked narcissim have gone so far as to label this generation of children and teens the most narcissistic generation ever. If you don’t believe it just spend some time with pop culture, listening and watching as it promotes the self-absorbed lifestyle of me, myself, and I entitlement. It’s “all about me” because. . after all. . . “I am the greatest!”

As parents, we must desire to see our kids live out and communicate the selfless Kingdom of God instead of the kingdom of self. Here are some initial steps we can and must take to counteract narcissism’s powerful and pervasive influence.

First, understand the importance of reminding them that they have been made to worship, serve, and glorify God. . . not themselves. Some of the most timely and foundational words to be heeded in today’s world were written way back in 1647. They are found in Question 1 of The Westminster Shorter Catechism and its answer: “What is the chief end of man? Man’s chief end is to glorify God and to enjoy Him forever.” Jesus turns narcissism on its head when he tells his disciples, “If anyone would come after me, he must deny himself and take up his cross daily and follow me” (Luke 9:23). Take every opportunity to point out the centrality of God, not self, in all of life.

Second, don’t give them too much. Our kids are raised in a culture that tells them “it’s all about you.” The result is a lifestyle of selfish indulgence marked by greed and entitlement. As people charged with the task of leading them to spiritual maturity, our goal should be to see their eyes and energies focus less and less on self, and more and more on God. Don’t give them an unhealthy overabundance of experiences or things.

Finally, pray for a healthy measure of crisis to enter the lives of your kids. Narcissism plays and advances well in a culture that feeds the beast of self-absorption from a deep well of luxury and wealth. Sometimes it’s not until the well runs dry through poverty, want, or crisis that our kids understand their thirst for what it really is – a longing not after self, but after God. As John Stott reminds us about the prodigal son, “he had to ‘come to himself’ (acknowledge his self-centeredness) before he could ‘come to his father.’” While we hate to see our kids hurt, sometimes their idolatrous obsession with self must be broken down before they can be built back up in Christ.