Truth be told, it’s been a gnawing and ever-present temptation for me.

I fight it by recognizing it’s there, and pondering the words of Scripture that expose it for what it is.

Young youth workers and pastors just getting started on their ministry journey in today’s world are especially susceptible to it. Why? I think many don’t see it as a temptation. Rather, it has become a noble pursuit. Normalized, as it were.

It’s the fact that perhaps the most dangerous place to do ministry is not a particular country, state, or town that can be named. Rather, it’s the stage. 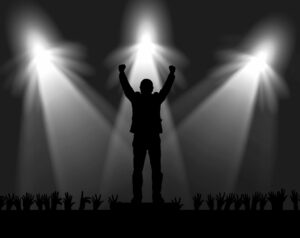 Seek the spotlight, and it will blind you.

Keep your eyes on the One who has called you to serve. It is His “well done” that matters. Avoid the temptation to shift your gaze to those who spectate. Their accolades and applause are a delightful poison that will quietly eat away at your soul, eventually derailing you from your first love.

Blossom, bloom, and flourish where you are planted for ministry. Don’t try to plant yourself anywhere else. Love and minister to the kids/congregation the Lord has given you. If you find yourself yearning for bigger, better, and wider. . . watch out. Your heart is being exposed. Take heed.

Lord, save us from ourselves.