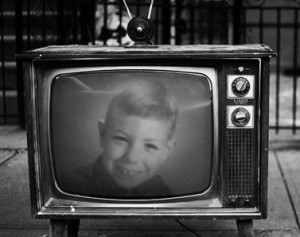 So now I’m on Facebook. I had an account for several months but never did anything with it besides setting it up. My profile picture was that generic blue question mark. From time to time I’d get emails informing me that so-and-so had requested me to be their Facebook friend. Because I had forgotten my password and the steps necessary to access my account I never responded to any of those requests. . . leaving me feeling guilty that people might think I was avoiding them. But youth culture continued to change and I figured it was high time I get with it and get networking. 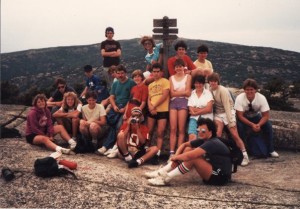 I get asked about Facebook, social networking, and new technologies all the time. Now that I’m a four-week Facebook vet, my opinions have changed somewhat. On the one hand, I still think that kids today need to get outside and play with flesh-and-blood friends for numerous reasons. I know that with my own four kids the changes in culture-at-large have been reflected in their age-descending tendency to spend less time in real relationships, and more time poking their fingers across keypads of varying sizes as they relate digitally. My youngest (at 16) spends more time with technology than his older siblings ever did. . . . mostly because he’s living in a world filled with more technology to spend time with. Sure, the nature of community is changing for kids. My son can strap on a headset connected to an Xbox360 and the Internet and play games while chatting in real time with “friends” around the world. . . . who, by the way, he’s never seen or touched. But as an old-timer I’ve got serious reservations about what this new-fangled type of community will do to our kids’ ability to relate long-term. And, I’m sure there will be fall-out for the way we do church and experience Christian community. . . . and I’m not sure it will be better. 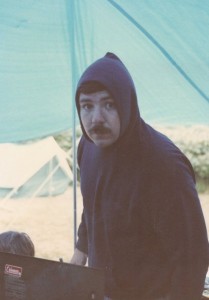 But on the other hand, there’s some Facebook community fallout for those of us who are older that I think is pretty amazing and good. I grew up in the world of face-to-face community. I did youth ministry in that world as well. From 1985 to 1990 I served as the youth pastor at a church in the suburbs of Philadelphia. On July 1, 1990, I followed God’s call away from a community of kids, leaders, and families that I had grown to love deeply. That’s when we started CPYU. In the time since I endured the grieving that comes with leaving a group of people you have loved and spent time with for so long. At some point the grieving stopped and I just accepted the face that in God’s great plan, we’ve gone our separate ways. Our community had become a memory from “back then.” Oh, there’s been the occasional phone call, email, and visit with those “kids” (I think the first one turns 40 next week!). When those moments come we pick up right where we left off – a sign of true friendship. But they have spouses, children, and lives of their own. They live all over the place. And, we never, ever get together as a group anymore. Until I started hunting them down on Facebook. . . . and an amazing thing happened. One by one our youth group is re-connecting on a Facebook page I set up just for us. We’re starting to share our stories. Over 250 photos from those years have already been posted. . . . most of them rather hilarious. The photos are like a historical recounting of 80’s youth ministry. The pictures don’t lie. Yes, we regularly used the Youth Specialties’ games books, and it seems that at many of our youth group activities, the guys dressed like girls. What was going on back then?!?!? The commentary on those photos indicates that none of those kids has outgrown their sense of humor. So now we’re laughing, talking, and planning a reunion sometime in the future. 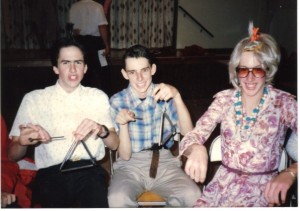 As of today, 47 of our original group have come together to reconnect and rebuild that wonderful community we were experiencing twenty years ago. More are joining us regularly. None of this would have happened without Facebook and the phenomenon of social networking. The very thing that might undermine real community for the emerging generations, has rekindled what was real community for those of us who have grown up (or at least we think we’ve grown up).

If you wind up being my Facebook friend, you’ll see that my profile picture is one that makes a statement. It melds my childhood face with the most advanced technology of my childhood. . . . a doomed-to-fail attempt to prove to my kids that somehow I’m technologically hip. It will never happen.

But I really don’t care. I’m trying to do the best I can with the technology I’m learning (slowly, I might add) in the hope that I’ll experience community at a deeper level with some old friends who were a gift from God then, and – I’m discovering – are a gift from God now.