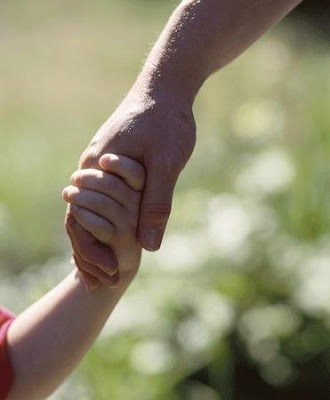 Sunday June 21 is Father’s Day. On that Sunday night, one in three children in America will go to bed in a home where their father does not live. To be more specific, that group includes over 25 million children. The fallout of father absence runs deep and wide. It never really disappears. Kids suffer and hurt. . . not just now, but for the rest of their lives.

As I was thinking about Father’s Day this morning I remembered something that I was a part of 18 years ago. I was privileged to be part of a small group of fathering advocates who gathered at a beautiful camp on the shores of Lake Geneva, Wisconsin at the invitation of Dr. Ken Canfield, who at the time was the President of the National Center for Fathering.

A few of the 30 men in the group knew each other already. Others, like me, knew nobody. I remember gathering in a circle during our first night together. Ken wanted us to get to know one another. He asked us to not only tell each other who we were, but to share the most significant moment with our own fathers that we could remember from our childhood. Then, we went around the room and told our stories. It was one of the most intense and gratifying discussions I could ever have been a part of. As a father of young children, I felt like I had popped the door off a safe filled with priceless nuggets of fathering wisdom and advice that had the potential to make me rich for the rest of my life. It was awesome.

When it was my turn to share, I had the great benefit of having to dig through a grab bag and choose one. My dad had been active and involved in my life in ways that left me with more than enough good stuff to talk about. The story I chose to tell was one that I had heard my father tell many times himself. I remember the setting, but I don’t remember the specific moment that was a part of my dad’s story.

When I was little, my dad pastored a church in Jenkintown, Pennsylvania. I remember how at the end of each service he would pronounce the benediction then walk down the aisle to the back of the sanctuary, where he would stand and greet people. I remember how I would go to stand with him. Only five at the time and not very tall, I would position myself in front, where I would grab the baggy folds of his big, black robe and pull them around me so that only my face would show. I’m guessing I looked a little bit like a baby kangaroo looking out of it’s mother’s pouch. I can still remember looking up at my dad’s big arms and hands as he was greeting people and shaking hands.

One day, an elderly woman bent down to me after greeting my dad. She extended her hand and shook mine while saying, “Good morning Walter. Do you love Jesus today?” My dad says that almost without hesitation I answered back, “No, I hate Jesus!” Rather than leave and go join another church, the woman wisely asked a follow-up question: “Why do you hate Jesus?” “Because,” I said, “he stole my daddy.”

My dad says that my comment led to an afternoon discussion with my mom about what might have precipitated my disturbing comment. Together, they concluded that perhaps my dad was spending too much time in ministry, and not enough time with his family. From that point on, my dad changed his priorities. . . no questions asked. I wound up being the kid in my neighborhood who had the dad who was most active and involved in his son’s life. For that, I am very, very grateful.

After telling that story of significance to my friends in that room, I realized anew how important a dad is to his children. My dad’s example was powerful, and I had a renewed resolve to do the same in my own kids’ life.

We continued around the circle until we got to one man who simply said, “Pass.” When Ken pressed him on why he didn’t want to tell a story he answered, “I don’t have one. I grew up without a dad.” With great insight, Ken then suggested, “How about you tell us about your most significant moment with a man when you were a boy?” After thinking for a few minutes, the man began to tell a story that took place in the foyer of his boyhood church, just like mine.

“My mom used to take me to church,” he said. “I think I was four or five years old at the time because I remember that after the service I would feel lost and tiny in the sea of big people milling around. I would go and stand up against the wall while I waited for my mom to finish her socializing and come find me. One Sunday morning, a man whose name I do not know but whose face I will never forget, spotted me standing alone against the wall. He walked over to me, knelt down, and looked me in the eye. He reached out his hand and put it on my head. While tossling my hair and rubbing my head he asked, ‘How are you doing today, sport?!?'” End of story. Silence in our room.

Then, he looked at us and simply said, “That was the most significant moment of my childhood with a man.” That was it. . . the best. . . the moment of greatest impact that man had on his life. A few seconds and it was over. Tragic.

What about you and your dad? What was the most significant moment in your life when you were a child?