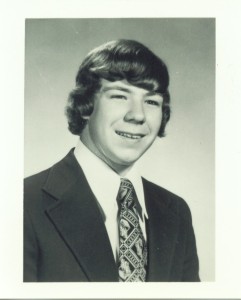 Thirty-five years. That’s how long it’s been since I graduated from Upper Dublin High School. I remember back then how older people would say that time flies. That certainly wasn’t my experience. Now, I hear myself telling younger folks the same thing. It’s true. That certainly is my experience.

This Saturday several of my UDHS Class of ’74 classmates will be gathering to catch up. Sadly, I won’t be able to make it to my reunion due to a prior commitment. A bit of the shock and awe that I’m sure I’d be experiencing along with everyone else has been tempered by the advent of Facebook. We’ve been given access to each other’s pictures and stories. That’s not only been fun, but we’ve got a sense of what’s coming. If I had been able to make it, my classmates’ familiarity with my most recent pictures would spare them the need to ask who I was. And then, after telling them, they wouldn’t have to ask. . . “Walt, is that really you?” Yes, time and gravity have an amazing effect on the human body. Life also has an effect on the human body and the person that lives inside.

Even though I won’t be at my reunion, the occasion has gotten me thinking about the changes we experience in life and how those shape us. I don’t remember the specifics of the graduation speeches and messages I heard back in June 1974, but they’ve echoed over and over again for me in the dozens of similarly themed and highly optimistic graduation messages I’ve heard over the course of the 35 years since. Everybody has the world by the tail. Things are going to get better. But then life hits us. Now, all these years later, a host of graduates from 1974 could stand at a podium facing the emerging generations to spread a more realistic message that would begin with the words, “Let me tell you all something about life. . . ” The world is broken. And try as hard as we can on our own power to fix it all, it just keeps breaking around us. When we begin to see our own personal stories in light of God’s great and grand story, we begin to understand why and how that is. 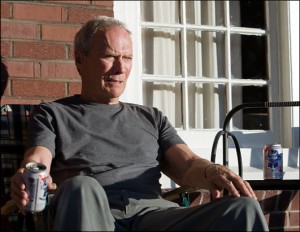 I was reminded of this the other night when I finally gave in to the suggestion of my kids to watch Clint Eastwood’s film, Gran Torino. Somewhere along my movie-watching way, I boxed Eastwood into films where he’s toting a huge revolver, socializing with an ape, or just being plain-old Eastwood tough. Not this time around though. This film drew me in and moved me to tears. If you haven’t seen it I don’t want to give it away. I can tell you that Eastwood’s bigoted and hardened character, Walt Kowalski, has had alot done to him by life. And, he’s done his share of doing. But this is a movie about seeing one’s life in a bigger context than one’s own story. As a Christian watching the film, that message was very, very clear. And in the end, what was done came undone as Walt Kowalski’s life story was swallowed up into something bigger and greater. You need to see this film.

I can remember very clearly thinking about my future back in 1974. George Orwell’s 1984 was light years away. Stanley Kubrick’s 1968 film, 2001: A Space Odyssey, was about a year so far into the future that we couldn’t even imagine it. . . . a year that was, well, eight years ago! While life has thrown quite a bit at me – and I’ve chosen all too often to embrace the ugly stuff – I am grateful to God for inviting me in to something much, much bigger. Nothing life does can even come close to undoing the redemption that has begun, and will continue, to undo what’s been done. No fault of my own, I’ve been swallowed up into a bigger story, and for that, I’m grateful. To God be the Glory!