Thinking this week about the 35-year high school reunion I’m going to miss tomorrow has sparked lots of thoughts about how the world has changed over the course of that time. The human heart and “all things” that were once proclaimed by their Maker as “good” are still broken and in need of repair. That hasn’t changed at all since I walked those locker-lined halls. But the expressions of that brokenness have changed.

As a culture-watcher, I can’t help but notice that one of aspects of life that’s changed the most is one of the greatest and most wonderful “good” gifts given to us by the Maker. It seems that there’s been a spreading of the spiraling down of our sexuality. I often talk about the conversation I had with a 30-year-veteran high school teacher a few years ago. I was curious about the changes he had seen on the high school campus during his three decades of teaching. “What’s the biggest change you’ve seen among students over the course of your years in the classroom?”, I asked. “Oh, that’s easy,” he said. “Kids are much more sexual today. Thirty years ago I would come into the school on a Monday morning and do homeroom and lunchroom supervision. These were the times when the kids would talk about what they did over the weekend. Back then, you could see a small group of boys huddled together and talking quietly about something. I wasn’t stupid nor was I deaf. I could hear them sharing stories about their sexual conquests over the weekend. When I would walk close to the group, they would stop. Now, I walk into the same school and hear the same things. But the kids talk loud. They don’t care if I hear what they’re saying. They don’t stop when I get close. And, it’s not only the boys. The girls are very sexually expressive as well.” In today’s world, the sexual options are greater, they are more readily pursued, there is little or no guilt or shame, and nobody cares who hears or does what. Little or nothing is wrong, and therefore everything is normal and right. 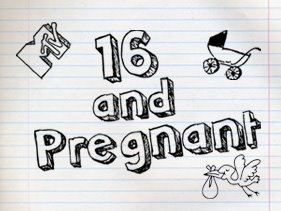 This reality hit me hard again yesterday as I started viewing the episodes of MTV’s new summer hit reality/documentary series, 16 and Pregnant. In the show’s initial episode, cameras follow high school students Maci and Ryan as Maci finds out she’s pregnant. Maci and Ryan get an apartment and move in together. They get engaged. Their parents – at least on camera – find the entire situation to be rather humorous and even normal. Absent is any kind of serious talk with the kids. Maci has her baby. 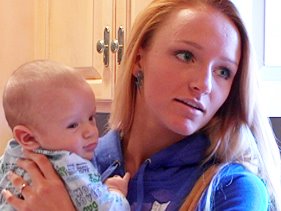 She and Ryan continue to live together, but Ryan begins to express his desire to leave the relationship. The adorable little Bentley not only has young parents, but he’s got the very real possibility of life without a dad. On the positive side, terminating the pregnancy was an option considered, but not embraced. Maci had her baby. But the overall lightheartedness and Juno-esque flavor of the show is a clear indicator of how things have changed. Sadly, our kids won’t see that as they don’t share our context of passing time. This, for them, is a normal part of life and the possible and even desired outcome of what has become a normal expression of the God-given gift of sexuality. . . expressions of which increasingly lack parameters and any sense of responsibility. It’s a different world.

As part of the “all things” that were once good but our now Genesis 3:6 broken, human sexuality is desperately in need of healing. That last sentence will most likely be scoffed at by the great majority of people in our culture. But I truly believe that when push comes to shove and we’re totally honest with ourselves, the hunger for heaven that we so desperately try to fill through random and habitual acts of physical intimacy can’t, don’t, and won’t do the job.

For those of you who are younger, it’s me and people in my generation’s knowledge of a better way that prompts these thoughts and our crusades. In addition, our passion and efforts are fueled by a desire for you to bring Glory to God and great pleasure and satisfaction to you and your spouse through redeeming your sexuality. Many of us have traveled that road ourselves, and it’s our own poor and sinful choices coupled with our desire for you to avoid the same that drives our message. To put it bluntly, many of us messed up, and we want you to experience and enjoy something much, much better.

What are some of the steps we can take to answer these realities with the life-giving and liberating message of God-honoring sexuality?

First, I want to encourage all parents, youth workers, pastors, and teachers to read. Read so that you can know what is happening. And read so that you know what to say in response regarding what should be happening. Here’s a great place to start: My friend Dennis Hollinger recently released a wonderful book on this subject, The Meaning of Sex: Christian Ethics and the Moral Life. Dennis writes these words in the book’s introduction: “We live in a sex-crazed world. A day in the life of an American or European can hardly go by without one encountering numerous sexual images, innuendos, or appeals. In marketing clothing, cars, computers, and cameras there is invariably some appeal to our sexual instincts. The nightly fare of family TV is filled with sexual references and implied or fairly explicit sexual acts. Sexual behavior that was hidden in the media closet a decade ago is now quite common. One out of every four Internet hits is pornographic in nature. The expectations for a casual relationship often assume sexual relations. Surely a visitor from another planet would say of this age, ‘Sex is everywhere and always on their minds.’ But we are simultaneously a sexually confused society. . . . what is at stake is the integrity of our personal being, the hope of our marriages, the well-being of our children, the authenticity of the church, and the fabric of society.” Dennis goes on to lay out in a compelling and convincing manner a framework for understanding and enjoying our sexuality to the fullest. 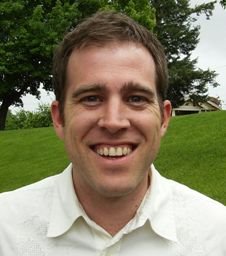 We’re so concerned about this reality at CPYU that we’re doing all we can to address it in relevant and meaningful ways. Recently we invited Jason Soucinek to join our staff as an associate. He lives in Spokane, Washington and is a graduate of Whitworth College. Upon completing his education he worked several years in advertising until the Lord brought him into full time youth ministry. He is now the director of a relationship and media education program, iPULSE, which is dedicated to seeing students enter into an authentic relationship with Jesus Christ and challenge the sexual status quo of the current youth culture by saving sex until marriage. In its first two years of operation, iPULSE, which uses today’s popular media to deliver the abstinence until marriage message to students, has reached more than 7,500 students using several multi-media platforms. With a passion to challenge the sexual status quo of the current youth culture, Jason strives to create resources that encounter teenagers “in the trenches” while also helping bridge the generation gap between parent and teen. I love Jason’s heart. Even more, I love the life-giving and liberating message about sexuality that Jason communicate to kids. They need to hear it, and they can’t hear it enough. A few weeks ago, we decided to make it easier for churches, schools, and other organizations to tap into Jason’s expertise by making his seminar’s more affordable. You can learn more about that and how to book Jason to speak to your group here.

We’re hoping for better things for the emerging generations. But let’s just not hope. . . let’s do.