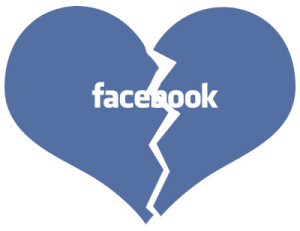 The other day I attended the wedding of a couple of young friends. One of our pastors, Troy, issued a wonderfully straightforward and realistic challenge to the pair as they were just minutes away from embarking on their life together. Troy talked about the covenant of marriage in the context of a future reality that on their wedding day this couple would find to be unimaginable. That reality that all married couples eventually experience is the reality that requires the very covenant Grant and Jenn were making before God, their family, and their friends. It’s a reality that the inevitable dry spells, challenges, difficulties, and selfishness always bring to a marriage sooner or later. It’s the reality that some day and over the course of some days, we are all tempted to forsake our covenants and follow our feelings (or “heart” as some like to say in today’s world) into behaviors that are not only wrong, but destructive. When it comes to our marriages, we should never say “never,” thinking that these are the things that only happen to other people and will never happen to me.

Instead, we need to realize that our tendency is to wander away from the rightness of God’s will and way. We need also to realize that there are places of temptation and danger that to which we just can’t and never should go because going there is like throwing gasoline on the smoldering coals of depravity that live in us all.

An article that someone passed on to me just a couple of days before Jenn and Grant’s wedding pounds this reality home. It seems that lawyers in the U.K. are reporting that the growth and popularity of social networking sites like Facebook are being used by people to make online connections (new friends, former classmates, old romances) that oftentimes lead to cheating, adultery, and divorce. The problem isn’t Facebook. The problem is how the fallen and broken human heart leaves us with a bent towards using Facebook in dangerous ways. Over the course of the last three or four years, I have seen the growth of social networking technologies paralleled by a growth of poor decisions and crossed boundaries by Christian brothers and sisters who should know better. I have sat across from many who have entered into emotional and/or physical extra-marital affairs that have led to tremendous amounts of pain and difficulty that reaches far beyond just the immediate participants, some of which has resulted in divorce. The lawyers in the U.K. are saying that now, one in five divorce petitions they’re processing cite Facebook as either the way petitioners find out about their partner’s infidelity, and/or how their partner began or pursued extra-marital relationships.

For those of us in youth ministry, there are three categories of relationships that I’m afraid we’ll be seeing and hearing more and more about in regards to the abuse of social networking and marital breakdown. First, there will be the parents of our kids. You’ll be called on to intervene not only with the children of brokenness, but with husbands and wives whose marriages are disintegrating due to this stuff. Second, there will be your kids. Most of them are several years away from being married themselves. Still, talking about these matters and issuing the necessary warnings shouldn’t wait for premarital counseling sessions or post-wedding crisis intervention. Finally, there’s us. There’s not a single one of us in ministry who doesn’t struggle with the temptations. When that one who claims he or she doesn’t struggle with it proudly speaks up about the fact that they’ve been spared, we should be doubly concerned. We’ve got to be about the business of knowing our bent, knowing how our bent will lead us into temptation, and avoiding like the plague the places and practices that can so easily take us down. We should all be growing tired of hearing and reading about friends and others in ministry who have blown it. But we should never grow tired of reminding ourselves that we’re only one bad decision away from the same thing.

The problem isn’t Facebook or social networking. The problem is me and the problem is you. If we’re about the proclamation of God’s design for marriage and showing Jesus to the world through our own marriages, this is stuff that deserves our attention.