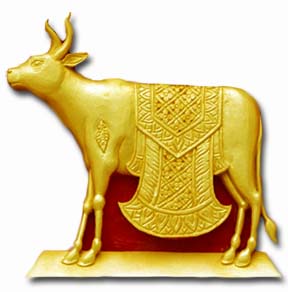 I’m still researching this project related to the role the digital frontier and social media are playing in culture and the lives of our kids. Yesterday I spotted a book on my shelf that was published in 1997, the same year I gave it a read. It’s The Soul in Cyberspace by Douglas Groothuis. At the time, it was one of a few serious and thoughtful critiques of our developing digital world written from a Christian perspective. Still, when I spotted it yesterday I brushed it off as 14-years-old and most likely hopelessly outdated. To be honest, I thought it might be as relevant today as a monochrome (green and white, I think) monitor in a high-def flat-screen monitor world.

Still, I picked it up, brought it home, and read it again last night. I realized that with 14 years of monumental change under our belts since Groothuis first published his book, The Soul in Cyberspace was incredibly prophetic for its time and even more so relevant today.

We are integrated, troubled souls who long for redemption. Groothuis looks at and ponders the possible effects of the digital age with a Biblical worldview as the foundation. He says that any investigation of the fate of the soul in cyberspace must confront the jealous deity/god of technology, an almost-universally-held default belief that those things which are new and cutting edge are the only reliable sources for improving the human condition and ushering in redemption. Yes, even in the church. And so, we worship and follow and serve and are consumed by/with this god.

He quotes social critic Langdon Winner on our dangerous propensity (yes, even as Christians!) to quickly say “yes” to all this new stuff, to quickly integrate it without thoughtful reflection into our lives, and then ask questions later. We do that, don’t we? And because the digital age has sped things up, we jettison thoughtful reflection much faster than we used to. In fact, we don’t even give the need for thoughtful reflection a thought. How about this quote from Winner. . . “In the technical realm we repeatedly enter into a series of social contracts, the terms of which are revealed only after signing.” Yep. That shows just how ignorant we’ve become.

Groothuis goes on to call for Christians to tackle life on the digital frontier with a commitment to avoiding worldliness. I like to call that “living redemptively.” It’s that “in but not of” type of living Jesus prayed for us the night before he died. Groothuis writes, “When worldly though patterns prevail, forms of culture are adopted (whether knowingly or unknowingly) that are God-resisting and dehumanizing; idols are embraced instead of exposed; the relative is absolutized and the absolute relativized.”

He goes on to cite one of my heroes of the faith, Jacques Ellul, a sociologist I was first introduced to in college: “The Christian has a prophetic mission to try to think before events become inevitable.” That’s what I hope our CPYU Digital Kids Initiative will do. I hope that pastors, parents, youth workers and kids adopt a lifestyle of thinking Christianly about these and all other matters.

Re-reading this book reminded me that we need to settle down, stop, reflect, get our bearings, and even embrace 14-year-old thought that we increasingly are led to believe (erroneously) has a very short shelf life.