Back in the 1980’s I had to intervene in a bizarre situation involving one of our youth group kids. I caught wind of the fact that this tender young middle school girl was telling kids at school that she had just signed a major modeling contract. It was a lie. A perfect storm of cultural forces had combined with developmental vulnerabilities and some difficult personal circumstances in a mix that left her desperate for attention and validation. I guess that in her mind desperate times called for desperate measures. A couple of gullible people believed her. Most saw right through her attempts at deception, leaving her in a worse situation than the one she had been in when her fantasy world took root and started to grow. It was a mess.

In Samantha’s case, the damage was limited to her face-to-face friendships and those in her wider school circle who had entertained news of her ruse with passing curiosity. Most of them laughed it off and wound up thinking less of her than they had before. Thankfully, a group of us were able to intervene and help her turn it all around, starting with helping her understand that she needed to embrace the reality of who she was in Christ. If Samantha had been living in today’s world, I’m afraid she would have been able to dig herself in so deep that major fallout would have occurred, perhaps even with consequences that would have gone unchecked for the rest of her life.

In about 48 hours I will have finished the first leg of what’s been my part in an exciting new journey here at CPYU that we’re calling The Digital Kids Initiative. My goal has been to understand and process the good, the bad, and the ugly of life on the Digital Frontier in terms of how it effects kids and culture. . . all through the framework of a biblical world and life view. Some suspicions have been confirmed. Some have been challenged. And my eyes have been opened to some stuff that I never really knew was happening. 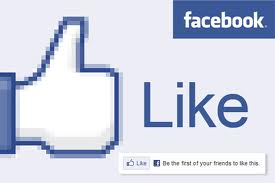 One of the most alarming realities of life on the Digital Frontier is the ability I have to make and re-make myself. . . over and over again. The Internet lets me fabricate and “customize” myself to meet my needs. Face it. . . we all like to be liked. Facebook knows that. That’s why the “like” button plays such a prominent role on the social networking site. The desire to be liked peaks in adolescence. Sadly, today’s adult world is so filled with dissatisfied selves that the peak doesn’t necessarily drop off. Rather, it levels out. So, kids and adults alike use the Internet to dull our dissatisfaction with ourselves as we try on multiple selves, reinvent ourselves, and make ourselves up. Like Tammy Faye Baker, we put on so much makeup that the person the world sees is not us. Reality is, if we’d shed the makeup we’ve applied, the world wouldn’t know who we really are. . . but that’s the whole point, isn’t it?

Some research from the Girl Scouts found that 74% of girls agree that “most girls my age use social networking sites to make themselves look cooler than they are.” Researchers found that girls downplay several positive characteristics of themselves online, including their intelligence and their efforts to be a good influence. That’s what happens when culture sees vice as virtue. The research also found that girls with low self-esteem are more likely to say their online image doesn’t match their in-person image. The Internet makes this all so easy thanks to the “disinhibition effect.” You see, we’re so much less inhibited online because we think people can’t see what we’re doing. But we really don’t need research to convince us that this is happening all around us, do we? No, all we need to do is think about our kids. . . and ourselves.

I love what Quentin Schultze says about this: “The digital world suffocates virtue by allowing us unbridled freedom to be all things to all people. . . to give ourselves over to the highest bidder or to the most persuasive master.” In effect, we see ourselves as brands to be developed, tweaked, marketed, and sold. . . or so we hope it sells. In the end, the temptation to adopt these patterns of living become almost overbearing as the Internet really does reward the most clever and aggressive marketers among us. People of integrity, truthfulness, character, and virtue get left in the dust. . . at least for now. In his book The Dumbest Generation, Mark Bauerlein says that “the screen becomes not a vein of truth, but a mirror of desire.”

It all boils down to the fact that we are dissatisfied with who we are. We feel like we don’t measure up. If we get to close to others, we’re afraid our real selves will be exposed. Consequently, the real us keeps people at a distance greater than arm’s length, while we invite others to embrace the avatar who’s hijacked our profile picture.

I guess the real question is this: Should the Christian be spending so much time on image management and the marketing of one’s self? And, shouldn’t we be teaching our kids to avoid this pattern like the plague that it is? It’s troubling. . . and we should know better.