So here’s an interesting story on an interesting study that counted and catalogued some interesting stuff. According to a study written up by Dawn R. Hobbs for Evolutionary Psychology, 92% of the 174 songs that made it into the Billboard Top 10 in 2009 contained “reproductive messages.” I’m not surprised. I’m thinking about this today as I’m just a few minutes away from a phone call with a news reporter who wants to interview me about Lady Gaga and her influence on kids.

Should we be concerned? Sure. Remember, the great tasks of adolescence are identity formation and worldview construction. Both of those tasks result in life-long beliefs, commitments, and behaviors. This also has me thinking about our upcoming “Life Up Close” seminar that’s designed to teach us how to present the “Do’s” about sex rather than just the “Don’ts.” 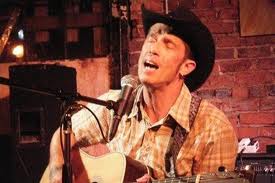 A few years ago I gave a little quiz to youth workers and parents during some youth culture seminars. I’d play a song and ask them if it was one they wanted their kids to hear. Most of the songs I played were more than familiar to kids at the time. Each one of these chart-toppers would have fallen in 2009’s 92%. As expected, the response was overwhelmingly negative. But then I would always slip in a track called “Love Cocoon” from Bill Mallonee and the Vigilantes of Love. I’d ask for a response again. This time, about 50% of the hands went up in favor of basically banning the song. . . . something, by the way, which many Christian book stores decided to do when they kept the band’s album off the shelves. The other 50% answered in the affirmative, saying they wanted their kids to hear the song’s message. And so they should! It’s said that Mallonee would often intro the song from stage by holding up his wedding-ring clad left-hand then saying, “This one’s for anyone out there who has a license to do it.” I’d tell people that in my seminars and a debate would ensue. I would often suggest that to be consistent, we should rip the Song of Solomon out of our Bibles or at the very least, ban the Bible from Christian book stores. Of course, that was all to make a point.

The point today? Singing about sexuality is not necessarily a bad thing as long as we’re preparing kids for a lifetime of celebrating marital intimacy in all of its wonder and glory. So, maybe you’ll want to play this little Vigilantes of Love song for your kids to let them know that there’s something out there worth listening to that puts what the other 92% is singing about in its most wonderful context.