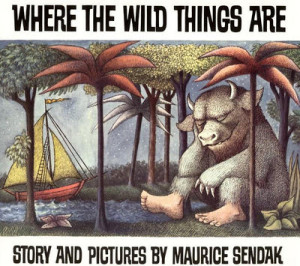 The older I get, the more convinced I am of the fact that a healthy dose of realistic fear is a healthy and helpful thing for children. Yes, I think children need to be scared in just the right way. Not too much. Not too little. Parents and other people who don’t care sometimes scare kids too much. They send them to the wolves without any buffers or protection. Those kids tend to grow up plagued by phobias and pathologies that effect both them and others, sometimes for the rest of their lives. Parents and other people who care too much buffer kids from the presence of the bad stuff in the world in ways that leave kids thinking – wrongly – that both people and the world are inherently good. These kids tend to grow up ignorant to their need for rescue and redemption.

One person who had a good sense of the evil and broken nature of the world was the childrens’ author, Maurice Sendak, who died last week at the age of 83. Sendak was best known for his children’s story, Where the Wild Things Are, a book that was intensely popular despite its dark nature. After Sendak died, the Baltimore Sun’s Susan Reimer penned an editorial memorializing Sendak. Reimer’s piece not only praised Sendak for pulling back the curtain on evil in the world, but it served to stir up scary memories from my own childhood. 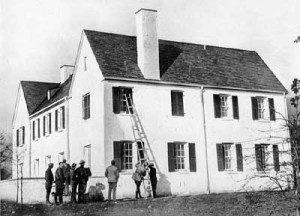 I don’t know if I was any different from any other kid my age, but there were things happening in the world that really scared me. . . so much so that the memories still spark emotions of fear when they’re mentioned or they come to mind. Reimer wrote about the 1932 kidnapping and subsequent murder of the Lindbergh baby. The iconic photo of the ladder to the baby’s window, Reimer reminds us, even made it into one of Sendak’s books. I wasn’t alive when that story grabbed the nation’s attention. In  fact, 1932 was the year that my dad was born. But I was six or seven years old when I was sitting alone in our living room watching an episode of the Mike Wallace-narrated TV show Biography. I loved that series and my parents were OK letting me watch it – it was history after all! I don’t remember anything about the Lindbergh episode other than the grainy black and white film images of the ladder in the window. I went to bed that night thinking about it. I was scared. Terrified actually. I remember being scared for days, especially at night. I would fall asleep looking wide-eyed at my window. To this day, when Charles Lindbergh’s name is mentioned, I don’t think first about aviation. I think about that ladder.

It wasn’t long after watching that episode of Biography that the President of the United States was assassinated. The innocence of childhood was lost for me and my peers. We watched it all on TV. I remember it like it was yesterday. Within hours, we all knew that the man charged with the crime was known by the name “Lee Harvey Oswald.” I recently had a conversation with a youth worker from Dallas. She was my age. She, like me, remembers it all like yesterday. She told me that on the Friday night that it all happened, she feared that Oswald – even though he was locked up – would come to her house and get her. I was eight-years-old too. . . and I thought the same thing. I was terrified. I went and quickly shut the blinds in the living room and dining room windows because I knew Oswald was coming to get me. Again, I remember it like it was yesterday. All you have to do is say the world “Oswald” and all sorts of stuff starts moving around in my brain.

All that to say. . . our kids need to know that the world is dark, dark place. Because if it isn’t dark, they won’t see their desperate need for the Light.