In my work with kids over the last three decades, I have learned that the most powerful conduit to understanding young people is listening. Through one-on-one conversations, reading their poetry, visiting their Facebook pages and tweets, digesting their journals or tapping into other creative outlets, we discover their joys, concerns, questions, frustrations and ideas.
But a second way sometimes speaks louder and with greater clarity than young people themselves. Popular culture speaks through a variety of media outlets, including music, television, advertising, books and film. It can speak for them to us.
A little over twenty years ago I had an encounter with an 8th grade boy that really drove this home for me. I was speaking at a middle school retreat to a group I had never met before.  Over the course of the weekend I immersed myself in their lives the best that I could – we ate together, sang together, played together, etc. After our Saturday afternoon football game, I went into the guys cabin where I was staying to change my clothes. It was one of those standard church camp cabins that had two bunk rooms (about 10 bunks on each side) separated by a bathroom. I thought I was the only one in the cabin when I heard some loud music coming from the other bunk room. . . it was stuff I had never heard before. 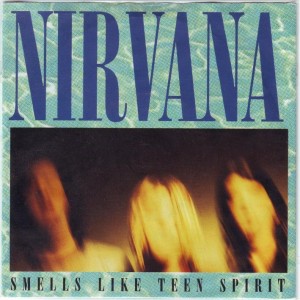 I poked my head through the door and could see John sitting on his bunk in the back corner of the room, oblivious to everything but the music he was playing at high volume. When he spotted me he quickly hit the “stop” button on the CD player (remember those?!?) and apologized for playing his music. When I responded by asking him to “Turn it back on. Play some more. I’ve never heard this music before”, he was surprised. After some questioning from me he explained that this was a new band called Nirvana. He told me about the troubled lead singer, Kurt Cobain. He played me his favorite song, “Smells Like Teen Spirit.” When I asked him what he liked about the music he simply said this: “This guy’s singing what I feel.” Wow.
Hans Rookmaaker, art critic and Christian scholar, “listened” to art in order to hear what the culture was saying about itself. Rookmaaker’s comments in his book Modern Art and the Death of a Culture, while written in specific reference to modern art, apply equally well to contemporary popular culture and its youthful audience: 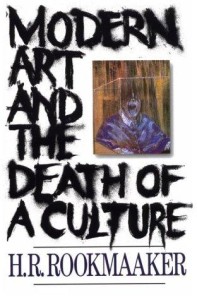 “This art is the work of your neighbors, your contemporaries, [your children,] human beings who are crying out in despair for the loss of their humanity, their values, their lost absolutes, groping in the dark for answers. It is already late, if not too late, but if we want to help our generation we must hear their cry. We must listen to them as they cry out from their prison, the prison of a universe which is aimless, meaningless, and absurd.”
Listening to their culture opens our ears and eyes to the reality and depth of the needs of young people. And once we know the reality, we can communicate the gospel in ways that can be heard and understood.