A few months ago she caught my eye as I scanned the magazine rack at Barnes & Noble. Everything about her looks absolutely perfect as she stares off the cover of Seventeen magazine. Her name’s Nikki Reed, and every 12 to 15 year-old girl who reads Seventeenknows her as Rosalie Hale from the hit film series, The Twilight Saga. Her picture captures the hair, eyes, skin, nose, lips and chin every pre-teen and teenage girl covets. Her face is framed by teasers trumpeting this month’s Seventeen content. They direct readers to look inside to learn about “your perfect party look,” how to “win a $10,000 fashion and beauty haul,” and a “bonus style section” all about current celebrity looks. This and every other magazine cover, advertisement, and media clip targeting children and teens sets the “appearance bar” higher and higher for our kids.
It shouldn’t come as any surprise that kids who are developing physically during the transition from childhood to adulthood compare what they see unfolding in the mirror with what they see in media. Of course, that’s the way the marketers want it. The sad result is a generation of kids who buy the lies that “I am what I look like” and “if I don’t look like that (or him or her. . . insert name of the hottest celebrity dujuor), well. . . then I’m worthless.” This reality is not only feeding the pandemic of eating disorders and depression among children and teens, but is also feeding the dissatisfaction that’s leading a growing number of kids to pursue cosmetic procedures and plastic surgery in an effort to tweak or even overhaul their physical appearance. 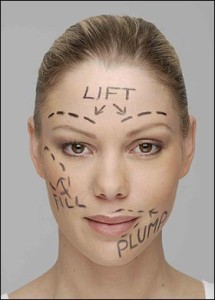