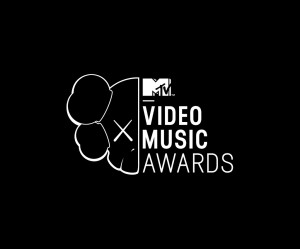 Yesterday I explained what I didn’t do two days ago, and why. I also mentioned that I was going to embark on my annual journey into the cultural window known as MTV’s Video Music Awards the day after. . . while the sun was shining. . . and long before I had to climb into bed once again. I knew it would leave my head spinning and I wanted to be sure that my head was spinning in a direction that would be balanced, reflective, and thoughtful. So, yesterday afternoon I sat down and watched the VMAs.

My prayer is always that I would engage in meaningful reflection on culture that isn’t knee-jerk, that is done to the glory of God, that sees culture and people through the lens of Scripture, and that yields a positive response rather than “the world is going to hell in a handbasket” hopelessness. I think we would all agree that if we want to truly represent the Jesus we’ve been called to follow, well. . . we have to do better than we typically do. That’s always been our goal here at CPYU.

As I prepared to watch the VMAs, I kept reminding myself of some core theological truths that are sometimes easy to forget when you are engaging with disturbing cultural artifacts. We need to remember that God is in control, that God is providentially working out His plan, that there is nothing new under the sun, that sin is sin no matter what shape it takes, that I’m the chief among sinners, and that we need to be like the Men of Issachar. . . “who understood the times and knew what Israel should do.” (I Chronicles 12:32).

So here’s my attempt to make some sense of what happened in Brooklyn on Sunday night. What I offer are some random thoughts and responses that I trust will make sense and that will be helpful. . . . 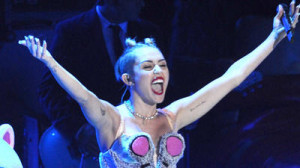 What are the “take-aways” from this year’s VMAs? There are many. Here’s what I’m walking away with at this point. . .
I found the last two live performances of the VMAs to be especially interesting. I saw a contrast that I think is helpful. The very talented performer Bruno Mars performed his new single, “Gorilla.” As I listened, I realized that the song was simply laying out a worldview regarding sexuality that was more of the same. I quickly Googled the lyrics for “Gorilla”. The song, quite simply, is about a lusty drunken and drug-induced journey into “making love like gorillas.” I sadly wondered, “Is that the best that we can give our kids?” You and I both know the answer to that question.
Then, the evening ended with Katy Perry singing “Roar” from beneath the Brooklyn Bridge. In the song’s opening verse Perry sings, “I used to bite my tongue and hold my breath, scared to rock the boat and make a mess. So I sat quietly, agreed politely. I guess I forgot I had a choice. I let you push me past the breaking point. I stood for nothing, so I fell for everything.”
As parents, youth workers, pastors, grandparents, teachers, etc. . . . let’s remember that we are called to live and teach the truth of the Gospel. The Gospel gives kids something to stand for. The Gospel will keep them – and us – from falling for everything.

To watch the VMAs in their entirety or to watch selected segments, click here.