Later this morning I have the honor of speaking to a room full of several hundred teenagers about things that matter. . . living life to the glory of God on the digital frontier to be specific. Opportunities like these are somewhat nerve-wracking for me. . . What should I say? How should I say it? Will what I say make sense? But talking to kids who are being born into this brave new world is not an option. These are conversations we must have, even though they are at times difficult. And as we talk, we need to be balanced. Technology is an awesome gift. It’s how we choose to use it that matters most. We can’t demonize it. Neither can we ignore its potential power for misuse and abuse.

Today, I will spend some time talking to these precious kids about some hazards of life on the digital frontier. These hazards aren’t just things that pose threats to our kids. No, all of us can get sucked in. I’ll mention things like over-sharing, fabricating our selves, bullying, narcissism, and pornography. Sadly, there are way too many illustrations of wrong use that pop up in the news on a daily basis. 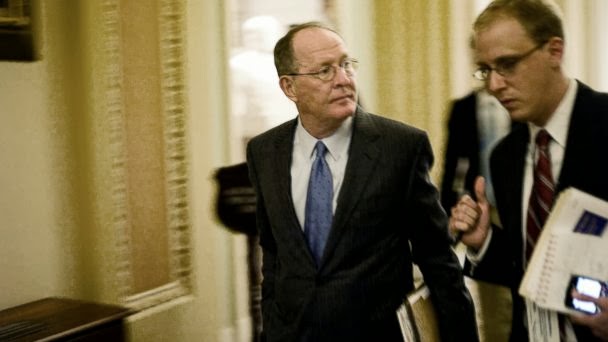 This morning, my friend Chris Winkler emailed me an article on Ryan Loskarn, the 35-year-old former aide to Senator Lamar Alexander who was arrested last month on child pornography charges. Last week, Loskarn was found dead in his parents’ basement. He took his own life. Today, the news about Loskarn continues, with the circulation of his suicide note. Regardless of what you think of Ryan Loskarn, his actions, and his words, it’s worth reading . . . and talking about.

On December 11, 2013, I was arrested for possession of child pornography. Writing those few words took a long time; seeing them in print is agony. But I owe many, many people an explanation – if that’s even possible – and that’s why I’ve written this letter.

The news coverage of my spectacular fall makes it impossible for me to crawl in a hole and disappear. I’ve hurt every single human being I’ve ever known and the details of my shame are preserved on the internet for all time. There is no escape.

My family has been wounded beyond description. My former boss and colleagues had their trust broken and their names dragged through the mud for no reason other than association. Friends’ question whether they ever really knew me.

Everyone wants to know why.

I’ve asked God. I’ve asked myself. I’ve talked with clergy and counselors and psychiatrists. I spent five days on suicide watch in the psychiatric ward at the D.C. jail, fixated on the “why” and “how” questions: why did I do this and how can I kill myself? I’ve shared the most private details of my life with others in the effort to find an answer. There seem to be many answers and none at all.

The first time I saw child pornography was during a search for music on a peer-to-peer network. I wasn’t seeking it but I didn’t turn away when I saw it. Until that moment, the only place I’d seen these sorts of images was in my mind.

I found myself drawn to videos that matched my own childhood abuse. It’s painful and humiliating to admit to myself, let alone the whole world, but I pictured myself as a child in the image or video. The more an image mirrored some element of my memories and took me back, the more I felt a connection.

This is my deepest, darkest secret.

As a child I didn’t understand what had happened at the time of the abuse. I did know that I must not tell anyone, ever. Later the memories took on new and more troubling meaning when I became a teenager. They started to appear more often and made me feel increasingly apart from everyone else. In my mind I instigated and enjoyed the abuse – even as a five and nine year old – no matter the age difference. Discussing what had happened would have meant shame and blame.

I always worried someone might look at me and know, so I paid close attention to others for any sign they might have figured it out. No one ever did. By my late teens I reached a sort of mental equilibrium on the matter. I couldn’t stop the images from appearing altogether, but I generally controlled when they appeared.

As an adult I thought I was a tougher man because of the experience; that I was mentally stronger and less emotional than most. I told myself that I was superior to other people because I had dealt with this thing on my own.

Those I worked with on the Hill would likely describe me as a controlled, independent, and rational person who could analyze a situation with little or no emotion. That’s how I viewed myself. In retrospect, the qualities that helped me succeed on Capitol Hill were probably developed partly as a result of the abuse and how it shaped me.

In the aftermath of my arrest and all that followed, the mental equilibrium I had created to deal with my past is gone. Today the memories fly at me whenever they choose. They’re the first thing I see when I wake and the last thing I think about before falling asleep. I am not in control of anything anymore, not even my own memories. It’s terrifying.

In my life, I had only ever mentioned the abuse to three friends, and then fleetingly so. I never spoke to a mental health professional about this or any other matter until I was in the D.C. jail. I talked with a counselor there about my crime and the horrible hurt I had caused so many people. I didn’t talk to him about my past. I didn’t think it mattered because I intended to kill myself as soon as possible.

The session ended and I left to be taken to a cell. Before I’d gone far, the counselor called me back. He said there was something he couldn’t put his finger on and he wanted to talk some more. And then he just stopped and looked at me, not saying a word. He was the first person in my life who I think had figured it out. And he was the first person I ever spoke to in any detail about those memories.

That conversation was the first of many that have already taken place, and many more to come, as I begin the process of trying to sort this out and fix myself.

I understand that some people – maybe most – will view this as a contrived story designed to find some defense for defenseless behavior. That it’s an excuse. In some ways I feel disgusting sharing this truth with you because in my heart I still struggle to see my five-year-old self as a victim. But I’m sharing this with you because it is the truth, not an excuse. And I believe it played a role in my story.

To my family, friends and Capitol Hill colleagues: I’ve had individual conversations with each of you in my mind. I’ve pictured your face as I admitted to my failure and heard the shock and disappointment in your voice. I lay awake at night reviewing these conversations over and over again. They are among the most excruciatingly painful aspects of this terrible, terrible nightmare.

To those who choose to sever all ties with me, I don’t blame you. No one wants to think or talk about this subject matter. All I can say is: I understand and I’m sorry.

To those of you who have offered words of compassion to me and my family: your kindness has been remarkable. Compassion is harder to accept than condemnation when you feel as disgusting and horrible as I do, but it means a great deal. I’m more grateful to you than you can possibly imagine.

And last, to the children in the images: I should have known better. I perpetuated your abuse and that will be a burden on my soul for the rest of my life.

Worth pondering and talking about.
Last week I had a conversation with a man my age who is imprisoned by pornography. The little bits of his story that he told me were overwhelming. I know he only pulled back the curtain a little bit into the dungeon of his life. After that conversation and reading Ryan Loskarn’s letter, I thought about these words from the One who came to make things right. . . “Come to me, all you who are weary and burdened, and I will give you rest.”