Have you ever heard of Moore’s law? Named after Gordon Moore, one of the founders of Intel, Moore’s law was originally proposed by Moore in a paper he wrote way back in 1965. Moore speculated that computer technology would develop exponentially with the number of transistors that could be placed on the same-size integrated circuit board doubling every two years. 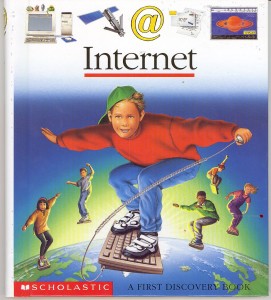 I know. . . it’s a bit hard for me to grasp as well. I’m not at all math or technology-minded. . . that’s one reason why I majored in sociology and embarked on a career in youth ministry! But the basic rule that Gordon Moore applied to transistors and circuit board is something that can help us gain an understanding of just how fast culture is changing. I often liken cultural change and development to a snow ball. . . the kind we used to make as kids when a good snow storm, a day off of school (thanks to the good snow storm!), and the just the right consistency of snow allowed us to start with a baseball-sized snowball that we would roll down a hill. Eventually, it would pick up mass, volume, and speed. . . until we would have a snowball that was bigger than our selves. All that to say, culture change is now exponential.

Yesterday I ran across this little video from the Fine Brothers. . . another in their series of “Teens React To. . . ” video clips. This time, its their reaction to a 1997 tutorial video on the Internet that the teens watch and mock. It will give you some perspective. The 90’s were not that long ago chronologically. . . seriously. But culturally? That’s another story. And how long will it be until tomorrow’s teens mock the styles and naiveté of the teens in this video?!? All the more reason to know the times. . . .