For the last 24 hours I’ve been pondering some of what Jesus said about heaven and hell. Yesterday morning I was reading the parables Jesus taught in Matthew 13. . . the sower, the weeds, the mustard seed, the hidden treasure, the pearl of great value, and the net. They are short and concise. And they all leave me scratching my head.

My head scratching is not due to confusion. Rather, I read these words of Jesus and then wonder how those of us who represent Jesus and expound on what Jesus said (trying to teach in order to lead to wisdom, clarity, and understanding) come up with such an imbalance as we ignore the balance Jesus taught. 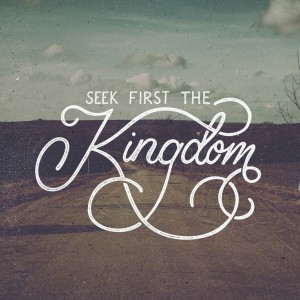 What hit me yesterday was the shifting imbalance in the church during my lifetime. When I was younger, I think many in the church tried to scare us into the Kingdom of God with threats of eternal damnation. Those efforts were void of any mention of the blessings of living life in Christ. In other words, we didn’t run eagerly and joyfully to Christ, but we ran in fear from Hell. The Kingdom of God was something to be joyfully pursued, embraced, and experienced during life on this earth. Rather, hell was a place to be avoided at all costs. We weren’t being encouraged to life in joyful expectation, but in fear and trepidation. As a college freshman, I remember traveling with my roommates on a Sunday evening to a local church for a viewing of the film A Thief In The Night. It is, perhaps, the classic “scare the hell out of them” Christian movie of all-time. We didn’t sleep that night. . . or several nights thereafter. Fortunately, older, wiser, and more mature believers helped me learn that almost nothing about that movie was accurate, biblically-based, or helpful. Today, I read Matthew 13 and everything before and after and see that the Kingdom of God is truly a treasure to be pursued and enjoyed.

As the years have passed, the pendulum has swung to the opposite side in the church. . . in the direction of cheap grace. . . a direction that’s equally imbalanced. Much of that is in reaction to the imbalance of year’s past. Of course, one of the greatest lessons we can learn is that when we react and respond to theological errors and imbalance, we are prone to overreact and over respond, putting us in an opposite place that is equally erroneous and wrong.

Yesterday I read this frank and balanced commentary in Scripture Union’s Encounter With God: “At heart-stop day we will realize there were only two ways to turn: into the joy of the kingdom or deeper into the thickets of our own narcissism.” We need to hear, ponder, and heed this message. So, for example, I wondered how when Jesus spoke so clearly in Matthew 13 about the eternal destinies of the righteous and the unrighteous, a guy like Rob Bell (for example) could somehow conclude that the message of Jesus is that in the end “love wins” in a “hey, I wasn’t really serious when I uttered those words recorded in Matthew 13” kind of way.

I was so struck by those words from Scripture Union’s Encounter With God that I posted them on Facebook. My friend Tony Blair, President of Evangelical Seminary responded with this amazing insight: “An infantile faith almost always seeks security in legalism. An adolescent faith almost always seeks license in its freedom. A mature faith moves past both of those alternatives to live in freedom from both sin and law for the glory of God.”