Perhaps the most telling sign of the times is how my mood has changed over the years. When it comes to MTV’s annual Video Music Awards show, it’s transitioned for me from one of the most-valuable-annual-youth-culture-rituals-to-watch, into a burdensome chore. I spent a good portion of yesterday dreading the nine-o’clock hour and what it might hold. I’m guessing that my mood was occasioned by the combination of cultural change, diminished artistic creativity, and spiritual growth (on my part, I hope). Yet, I still watched. Did you? 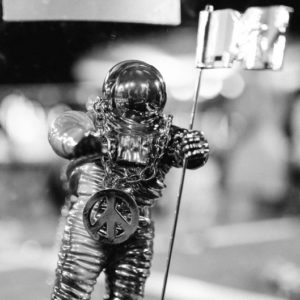 MTV came on the scene just over 35 years ago. While it’s not as pervasive a cultural force as it once was, the annual VMAs is a cultural artifact that offers a look into who we are, where we’ve come from, and where we’re going. I watch (and encourage others to watch) the VMAs as a kind of “walk through Athens” (Acts 17). Like Paul, the walk leaves me “greatly distressed” as a result of looking at the VMAs through the lens of a Biblical worldview. I look for spiritual hunger pains, cries for redemption, and altars to our culture’s unknown gods. I also look for points of truth and light.

We watch to do what John Stott has called “dual listening.” Stott describes this missional responsibility of all Christians this way: “We stand between the Word and the world with consequent obligation to listen to both. We listen to the Word to discover even more of the riches of Christ. We listen to the world in order to discern which of Christ’s riches are needed most and how to present them in their best light.”

So I watched. Did you?

Here are some initial thoughts on what I saw as I looked around. . . 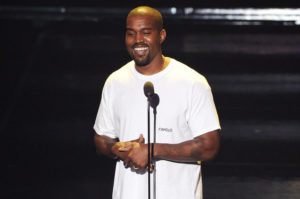 As I continue to process and grieve over the confusing, boring, and over-produced 2016 VMAs I think that the performance by The Chainsmokers and Halsey of the current #1 song, “Closer,” sheds light on the spirit of the times. The best answer they can offer to life’s issue is this line from “Closer”: “We ain’t ever getting older.” Sadly, those of us who were once teenagers and young adults know that’s not an option.

The emerging generations are crying out for redemption. Kanye told the audience in his speech (immediately before introducing “Fade”) that “we are undeniably the influencers, the thought leaders.” If that’s the case. . . and I think it is. . . then these voices are leading young lemmings on a march to certain destruction.

Redemption will not come through narcissism, nihilism, dominance, or sexual expression. Rather, what we need are influencers and thought leaders who have experienced the life-giving reign of the Kingdom of God brought in by the incarnate Christ. What is needed is a call to and examples of a dynamic, orthodox Christian faith that is integrated into every nook and cranny of life. Then, our kids need to learn see all cultural artifacts through eyes of faith. And,they need to be encouraged to create excellent cultural artifacts that are made with minds, hearts, and hands of faith.

What lies beneath everything seen and heard on the VMAs is a deep groaning for redemption. The solutions offered only increase the brokenness and emptiness. What  Steve Turner writes in his book Popcultured is true: “Popular culture can be a useful indicator of the Zeitgeist, the ‘spirit of the times.’ Anyone wanting to be alert to changing attitudes and trends in belief would be wise to pay attention. It’s a place where society airs its hopes and uncertainties. It’s where people attempt to win others to new ways of thinking. It’s where possible futures are tried out.” If that’s the case. . . and I wholeheartedly believe it is. . . then the future according to the VMAs isn’t bright.

And so I think of the words of Jesus: “Come to me, all you who are weary and burdened, and I will give you rest.” Lord, draw us to yourself.