I’m not sure that there’s anything anyone can do in today’s world that won’t summon some kind of push-back. That reality came to mind late last week as I watched the on-air personalities on a network morning show debate and even pick-apart Mike Pence after his personal rules for one-on-one dinners with members of the opposite sex came to light. The push-back surprised me. And, when I affirmed Pence’s standards through a Facebook post, I was further surprised by some of the push-back I received. 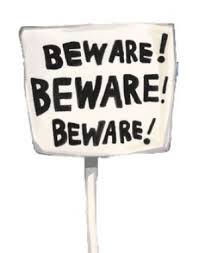 For me, it’s all pretty simple. I’ve established some very similar borders and boundaries for a combination of reasons. Those reasons don’t have anything at all to do with demeaning women, holding women back from career/ministry advancement, or any kind of sexism. Rather, they have everything to do with me, my heart, and my responsibilities to God and others. Here’s why I don’t ride in cars alone with women. . . or have one-on-one dinners alone with women who are not my wife or daughters. . . .

First, this is about me. No, not in a narcissistic manner, but in a realistic manner. I am a horribly broken human being. My default setting is to do the wrong thing. Theology has explained my life experience in ways that help me understand my horribly broken nature and the variety of ways it’s reared its ugly head over the years. Therefore, I must recognize it, avoid denial, and do what needs to be done to eliminate any possible situations that might tempt me into making decisions that cross lines. So, ultimately I’ve embraced borders and boundaries to protect myself from myself.

Third, I’ve been wisely guided by a variety of encouraging voices over the years. My father was a pastor. He’s relayed an example of encouragement and warning through his own actions and words. I value that highly. Add to that a host of other ministry friends who have adopted similar borders and boundaries, and adopting borders and boundaries of my own is a necessary safeguard.

Fourth, I’ve been wisely guided by a variety of broken voices over the years. Some have been direct from folks I know who have foolishly avoided or crossed over borders and boundaries. In the midst of their grief and pain they have spoken warnings that it would be foolish to not heed. Because I’m not better than them, I listen. There but for the grace of God go I.

Fifth, I want to honor and love my family. I have been called to a commitment to my wife and my children.

Sixth, I want to protect our ministry. I’ve seen what happens to God’s work and one’s life work when borders and boundaries are crossed.

Seventh, there’s an enemy I must remember besides the enemy of myself. He is prowling around like a roaring lion looking for someone to devour. It’s for that reason that I must walk through life fully aware of the sneaky presence of stumbling blocks and snares.

Eighth, we are called to avoid even the appearance of evil.

Ninth, I want to avoid situations that could result in false accusations.